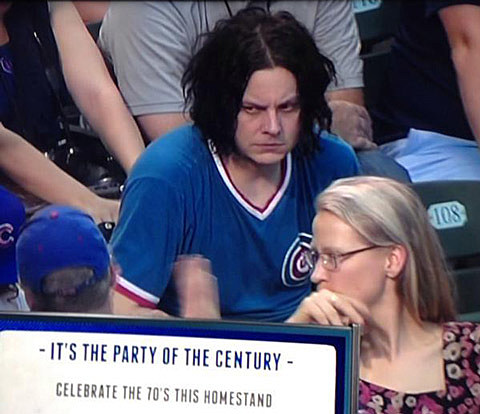 If you watched yesterday's Cubs-Padres game on TV, you may have seen Jack White in the stands. That Cubs jersey almost fits in with Lazaretto's sapphire color scheme, with a bit of the old White Stripes palette in there too. While he probably had a good time, the screencap above could inspire Sad Keanu-like memes. (UPDATE: It has already.)The ever-fact-filled announcer notes "his new record is really really good" and also recommends It Might Get Loud, the documentary with White, The Edge and Jimmy Page. Eddie Vedder was there too and this is part of a "3 ballparks in 3 days" run for White.

Watch a clip (via CoS) of the Cubs game, and check out a pic with Vedder, below. 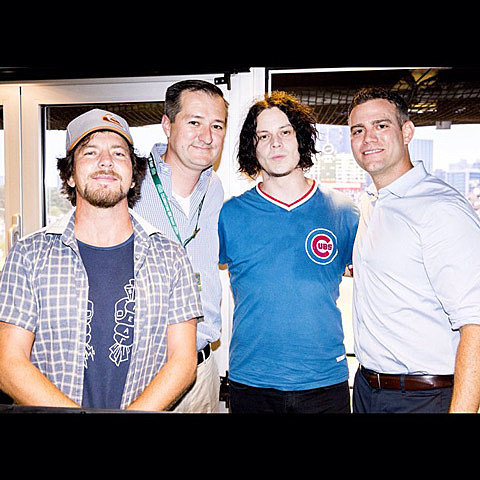