Jeremy Enigk in Seattle on NYE (via @seattlezack) 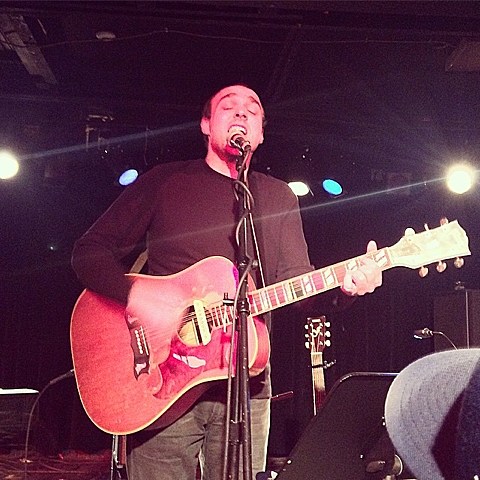 Sunny Day Real Estate frontman Jeremy Enigk hadn't played a solo show in a very long time but that changed when he rang in New Year's Eve in Seattle at El Corazon with Jen Wood. (Emo veterans seriously had a great NYE this year.) Anyone make it out to that show? If you didn't, or just want to relive it, you can check out a few videos from it below. One is Jeremy playing "In Circles" from SDRE's groundbreaking 1994 debut, Diary, plus there's three songs from his 2006 sophomore solo album, World Waits, and a cover of Pink Floyd's "Mother."

Jeremy also recently made an appearance live with Mark Nichols (who did arrangements on Enigk's first solo album, Return of the Frog Queen) to join him on a cover of The Police's "King of Pain." Watch that video below too.

No other Jeremy Enigk dates are announced at the moment, but hopefully he makes it over to the east coast at some point too. It was also recently revealed that he'll be appearing on his SDRE bandmate Nate Mendel's new solo album.