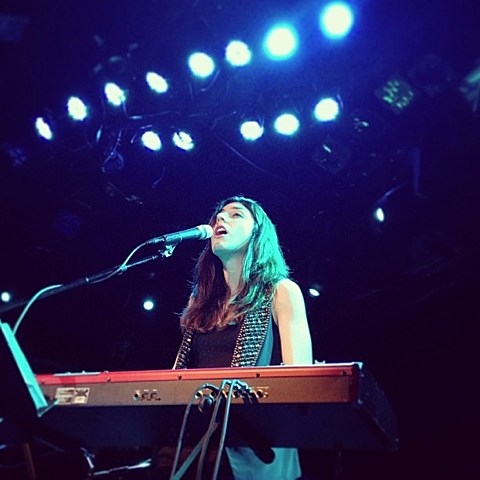 Julia Holter brought her tour with Jessica Pratt to NYC this past Friday (7/12) for a show at Le Poisson Rouge (her second show at that venue), which she used to preview some of the material from her upcoming album, Loud City Songs (due out 8/20 via Domino). She's already released studio versions of two of the album's tracks, "In The Green Wild" and "World", and you can check out live videos of Julia performing the former at her LPR show, along with a previously unreleased new song, "Horns Surrounding Me."

Filed Under: Jessica Pratt, Julia Holter
Categories: Music News
Comments
Leave A Comment
Back To Top
RELIVE IT: The 2019 Coney Island Mermaid Parade in pics
Here are the 2021 Golden Globes Winners
Ian North of Milk N’ Cookies has died
Watch the trailer for ‘Poly Styrene: I Am A Cliché’
Marc Maron knows who Kevin Morby is now — watch their interview
This Week’s Livestreams (Liz Phair, The Hold Steady, Tigers Jaw, Acid Mothe…
20 New Rap and R&B Songs Out This Week