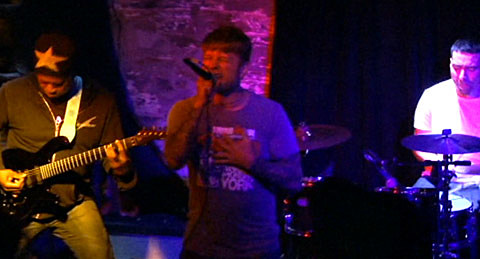 Last night's Rock for Light benefit featured a rotating cast of musicians who all sat in on Bad Brains songs at Bowery Electric. The show, part of a benefit to aid victims of Hurricane Sandy (as well as Amnesty International), featured Bad Brains frontman H.R., as well as John Joseph of Cro-Mags, Living Colour guitarist Vernon Reid, members of Antidote, TV on The Radio, The Mob, Extra Life, and many many more. Watch the entire performance below, right beside the setlist.

In related news, get pumped up for the new year by checking out Cro-Mags when they team with Sheer Terror for a show at Highline Ballroom on Dec 30. Tickets are still available.

Bad Brains have a new album on the way, too, due on November 20.

If you didnt make it to Bowery Electric, you can still contribute to help out victims of Hurricane Sandy. Donate to the American Red Cross here. You can also donate to Amnesty International here.

Rock for Light Benefit - The Music of the Bad Brains - Bowery Electric 2012 from (((unartig))) on Vimeo.