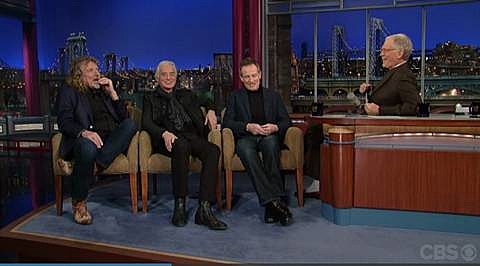 Led Zeppelin appeared on The Late Show with David Letterman last night (12/3), a rare late night TV appearance for the group, but for an interview and unfortunately not to perform. Still, it was only one of few public interviews the band has done this year, after releasing their new concert film/album, Celebration Day. You can watch the videos of the interview below (via The Audio Perv).