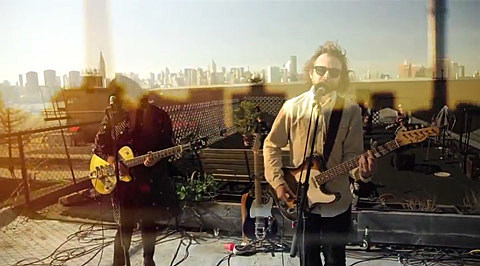 Liam Finn released his new album, The Nihilist, earlier this month. Around the time he was playing Union Pool shows, Liam and his band played album ripper "Burn Up the Road" on a Brooklyn rooftop and video of that performance makes its premiere in this post. Watch it below.

If you missed his Union Pool "murmuration" residency and album preview show, he's touring this summer. Dates are not finalized but do include a show at NYC's Le Poisson Rouge on July 19. It's an early show -- he's on at 7:30 -- and tickets for that show are on sale now.

While we wait for Liam to finalize those dates, watch the video below...

Liam Finn - "Burn Up The Road"