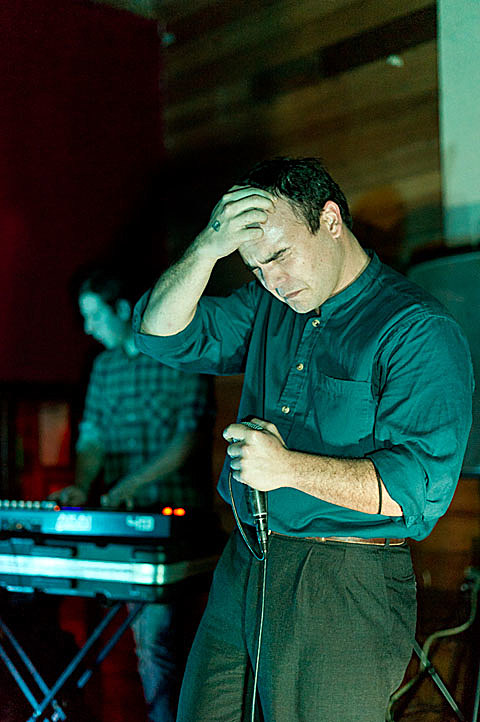 Future Islands, now on 4AD and contiuing to blow up with a tour that hits Coachella, SXSW, Bowery Ballroom AND Webster Hall, just released a new video for new song "Seasons (Waiting On You)" from their new album Singles' (out March 25 on 4AD). The band writes:

The video is an honest and intimate look at the American heartland filmed in the Great Plains documenting a real life love story, the modern cowboy way of life, and capturing the landscapes that personify America. It follows a string of videos Buim has shot for the band ("Tin Man," "Balance," and "Grease") that convey the same sense of honesty, beauty and earnestness that are the cornerstones of Future Islands' music.

"For us, sometimes, it's quite spellbinding how Jay can translate our sound into an image" explains vocalist Samuel T. Herring, "Seasons (Waiting On You)", is a song about love, letting go, learning from your mistakes and always feeling that pull--yearning for a certain love, as time goes by and seasons change. It is simply a song about the human experience."

---
Future Islands - Seasons (Waiting On You)

Baltimore post-wave trio, Future Islands teamed up with long-time collaborator filmmaker Jay Buim for the music video for "Seasons (Waiting On You)" from their forthcoming new album 'Singles,' out March 25 on 4AD.