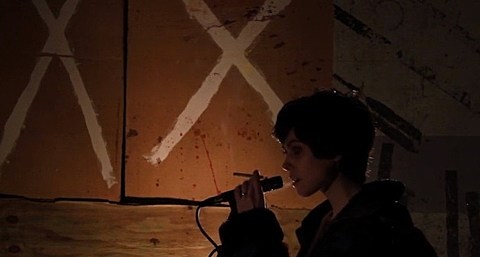 Brooklyn bluesy rockers LODRO, who have been hitting the local live circuit like crazy lately, have a few songs out and they've just recorded a new single, "Lazy Bones," which also happens to be the song in their first official video. Like their other tunes, this one comes awash in sludgy blues and psychedelia, and the dimly lit video complements that well. You can watch that video below.

Like we said, LODRO have been playing live a lot, and you've got two chances to see them in NYC over the next four days. Their first show happens on Saturday (5/11) at Mercury Lounge with DIIV, Xray Eyeballs, and DJ Dog Dick as part of Downtown Music Festival (tickets). Then on Monday (5/13) at Knitting Factory), they will play a BrooklynVegan-curated Red Bull Sound Select show with Foxygen, Amen Dunes, and Prince Rupert's Drops. Chris Gethard is hosting and BV's Bill Pearis has just been added as the DJ for the night. Like all shows in the Sound Select series, admission is $3 at the door. All ages, no advance tickets.

LODRO also play another show later this month at Shea Stadium on May 31 with a strong local bill of The Beets, Darlings, and Eula.

First Official Music Video from LODRO
Released on May 10th, 2013