Welsh band Los Campesinos! were recently in NYC playing one of a handful of U.S. shows in support of new album No Blues. While they were here, the band made time to perform the ninth installment of our BV Studio Sessions recorded at Grand Street Recording in Brooklyn. They played "Cemetery Gaits" and "What Death Leaves Behind," both from new album. Check it out:

Big thanks to Jessica Amaya, Albert Amaya for making this look (and sound) great. Much appreciation to Chris La Putt as always.

Los Campesinos! don't have any tour dates coming up, but if you haven't checked out No Blues you can listen via Rdio. More info on their BV Studio Session, as well as links to all the other episodes in the series, below.. 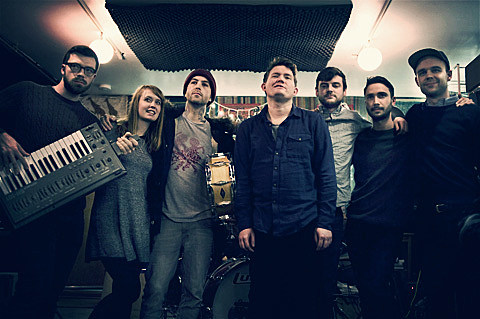