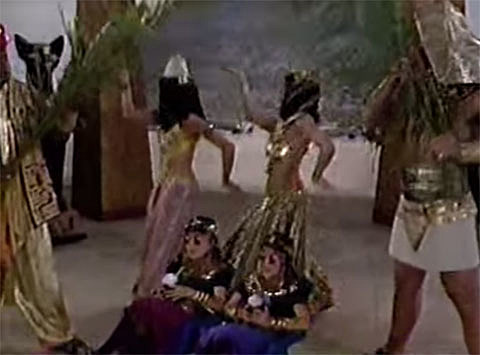 Remember the '80s? When you would "Walk Like an Egyptian" and not realize you were a racist? When you innocently cheered on Shamu with no shame as you sucked down a sugary soda before heading to McDonalds for some tasty dinner? Remember when 'Full House' made sure the '80s would never end, until 1995 at least? Then remember in 1996 when the Olsen Twins helped us all celebrate our planet with a big party at Sea World/Busch Gardens for a special CBS broadcast?!?!? Okay, you probably don't remember that last part, but that's what YouTube is for! I just randomly came across this gem. Watch below.

Meanwhile, as you may have heard, a modern day sequel to everyone's favorite show full of questionable moments is coming to Netflix soon. "Fuller House" will feature most of the original cast, but sadly not the Olsens. Not even Bob Saget can convince them otherwise. At the LA premiere of 'Entourage' last night (6/1), he said:

"It's like asking your date, 'Please do this, you have to come back,' It's like driving your family to a reunion (when) you don't want to see your second cousin anymore," he said, being quick to add, "Not mine, I always wanna see my second cousin."

"People need to do want they wanna do, because life can be weird enough," Saget reasoned.

Netflix has ordered 13 episodes of the new series, which is described like this:

In Fuller House, D.J. Tanner-Fuller (Candace Cameron Bure) is all grown up and working as a veterinarian in San Francisco. When her husband dies while she's still pregnant, she finds support from her sister Stephanie (Jodie Sweetin), an aspiring musician; and her BFF Kimmy (Andrea Barber), a single mom.

Along with Kimmy's teen daughter Ramona, the two women move in with D.J. to help her raise her sons: rebellious 12-year-old J.D., neurotic 7-year-old Max, and the newborn. In other words, it's exactly the premise of the original Full House, only with the genders reversed.

You can also watch the video of John Stamos announcing the return of "Fuller House" on Jimmy Kimmel with the Olsens at Sea World video, below...

same video, but higher quality and with more footage from the whole special....