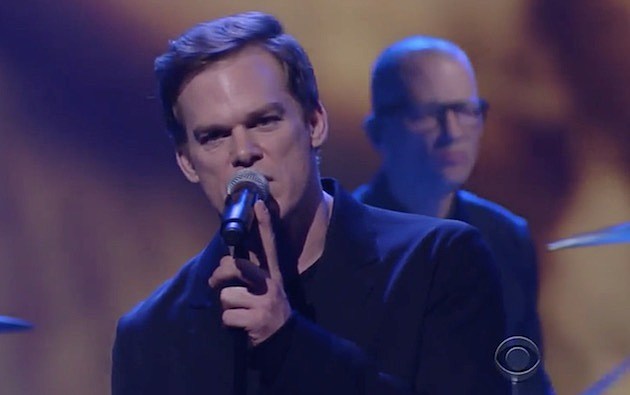 Last night, Michael C. Hall performed "Lazarus," the title track to David Bowie's new musical, on The Late Show with Stephen Colbert. Hall, who you may know from Dexter or Six Feet Under and who also has played the lead in the Bowie-inspired Hedwig in the Angry Inch, stars in the musical theatre production which is playing at New York Theatre Workshop though January 17 (sold out but you can always try for rush tickets). Watch Hall's Late Show performance below.

"Lazarus," is also the new single off Bowie's new album '★' (out January 8) and if you haven't heard it you can stream that below. Hall also shot a Colbert promo where he claims to actually be David Bowie. It's odd and very Bowie-esque. Watch that below as well.