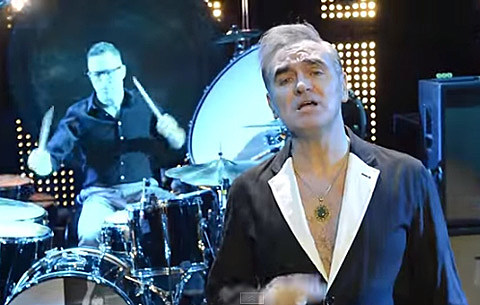 Morrissey has made a video for his song "Kiss Me a Lot" which has just been released as a single. It's the only song that's "officially" available from World Peace is None of Your Business, at least digitally. (The album was pulled after Morrissey's falling out with EMI/Harvest.) The video, directed by Sam Esty Rayner, seems to have been filmed at soundcheck, apart from some strange shot of lip-synching lingerie models (really). Check it out below.

Morrissey will play Madison Square Garden on June 27 with special guests Blondie as part of his upcoming North American tour. Tickets go on sale Friday (4/10) at noon with AmEx/MSG/Chase presales starting Wednesday (4/8) at noon, and a Bowery presale starting Thursday (4/9) at 10 AM. Poster for the MSG show is below. 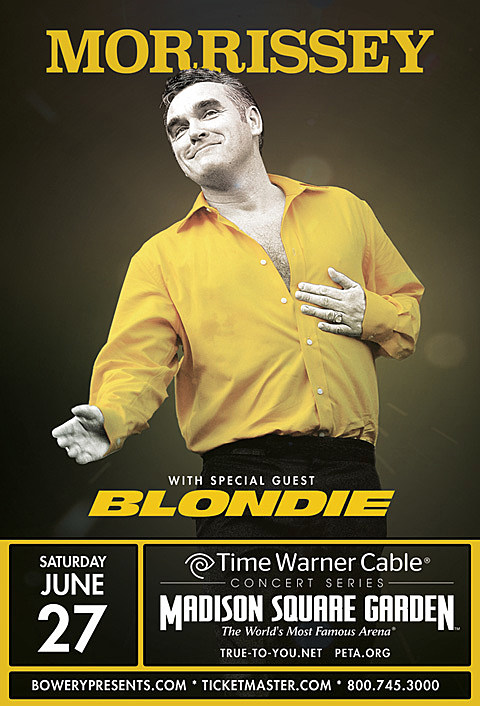