"we fucked up! My DJ skipped two songs by mistake! LMFAOO so when 212 came on I just went with it. #womp" - AZEALIA BANKS 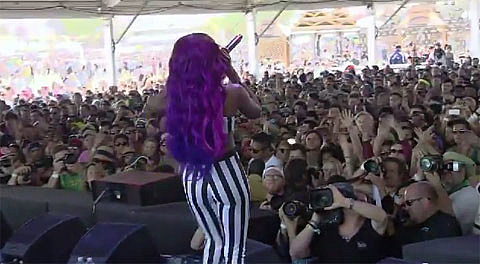 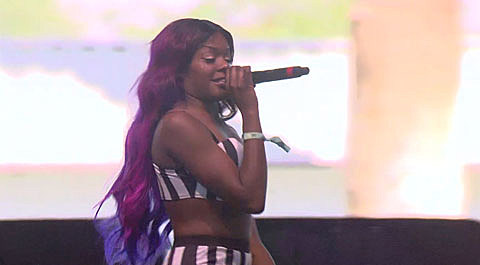 "One thing Azealia Banks needed to prove when she walked onstage for her Saturday afternoon set at the Coachella Music and Arts Festival -- her first official gig in the U.S. -- was how deserving she is of the massive hype that's been thrown her way.

Since her introduction into the post-Nicki Minaj world of female rap through the deliciously profane firecracker of an anthem, "212," the Harlem spitfire has become a major darling on rap and indie blogs that have grown disenchanted with Minaj's syrupy pop hits. This without a barrage of tracks, as evidenced by a set that ended 20 minutes earlier than expected." [LA Times]

Check out videos of most of her quick set, below...