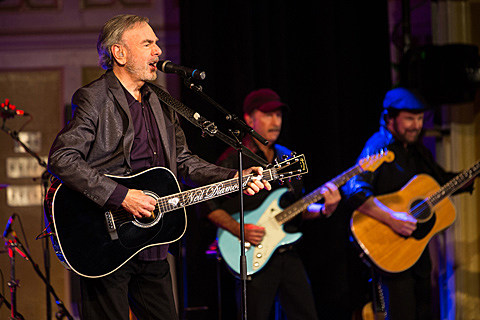 When Neil Diamond played Brooklyn's Ersasmus Hall High School earlier this year, his first-ever concert in the NYC borough where he was born, there was a big video crew there filming the whole thing. They released some footage in an promo video about his new album, but here's the first full song to come from the show -- "I'm a Believer," which he wrote and was made famous by The Monkees. Watch below.

Neil's back in Brooklyn next year to play Barclays Center on March 26. Tickets are still available.