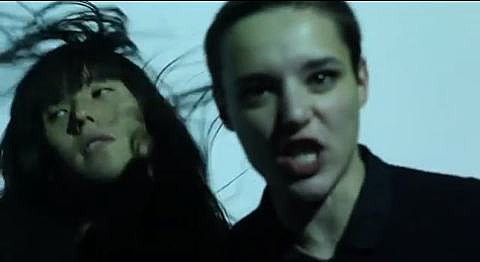 Fierce Japanese post-rockers Bo Ningen released their second album, Line at the Wall, last fall on UK label Stolen Recordings. (You can stream it below.) One of the tracks, "Nichijyou," has was released as a single with additional vocals from Jhenny Beth of Savages which definitely cranks the intensity level on the already blistering track. The video for the song premiered today on The Quietus and you can watch it below.

As we told you earlier in the week, Savages will be here in March for two shows: Bowery Ballroom on March 18 and Music Hall of Williamsburg on March 19. Tickets to both shows go sale  Friday (1/18) at noon.