The much-anticipated second season of Netflix's Stranger Things is just two weeks away (October 27) and they've just released the final trailer for it, revealing more spooky action, obsessive art-making, bigger, weirder monsters, plus Paul Reiser and former Goonie Sean Astin. You can watch that below.

You can also check out some of Kyle Dixon and Michael Stein (of S U R V I V E)'s score for Season 2, a track called "Walkin' In Hawkins," which puts a hopeful, major key spin on their signature synthy vibe. Say the pair, "We've created new elements that are necessary to support the story, but still want to remain true to the sound of Season 1." The S2 soundtrack is out October 20 and you can check out "Walkin' in Hawkins" as well as the artwork and tracklist, below.

Meanwhile, S U R V I V E are in NYC this weekend for the Into the Veil two-day live music and performance event happening tonight and Saturday (October 13 & 14) at Green-Wood Cemetery in Brooklyn. As mentioned it's billed as a sort of Sleep No More in a haunted cemetery with live music event, with Laraaji, Lucien Shapiro, Rob Roth, The Burns Archive and more performing as well. Tickets are still available for both nights. 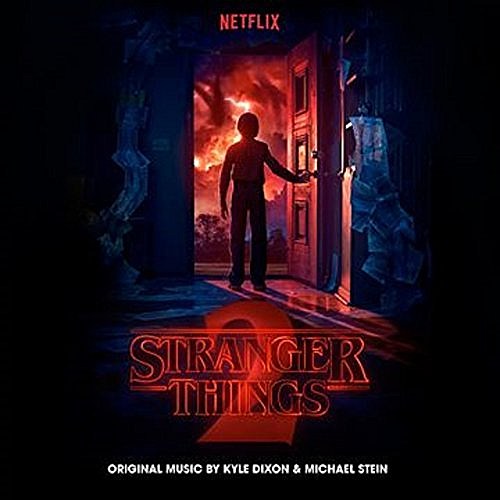