The Foundry Field Recordings - "Holding the Pilots/Holding the Facts"

Sufjan Stevens - Put The Lights On The Tree

"Music Video for Sufjan Stevens' "Put The Lights On The Tree," animated by Tom Eaton. Starring the Michigan Militia, the Swans, the Illinoisemakers, Sufjan Stevens, and Grandma." 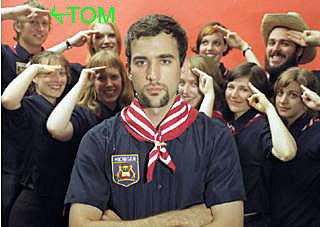 Kanye West, Chris Martin, Flea, Kate Moss, Woody Harrelson, Lisa Marie Presley, Kid Rock, and ZZ Top are also in there. And oddly so is Corinne Bailey Rae. (I mean the record label probably got her in there so its not that odd from that point of view).

Check out the last time I compiled videos like this and view the "video" category for even more.