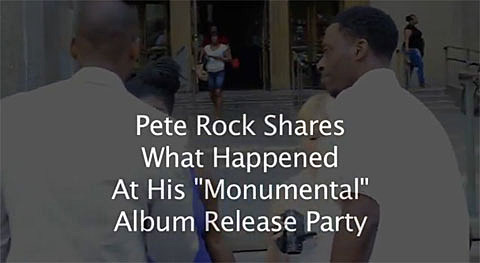 "Five people who were arrested at an album release party at a Lower East Side bar said Thursday they were released on their own recognizance because the police were the real aggressors.

Police say they were called by club security at Tammany Hall bar early Wednesday to help with overcrowding and a fight between party-goers outside. Soon after they arrived, the rumble turned into a battle with the law.

Kenneth Montgomery, the lawyer representing all five people who have been charged, said the Internal Affairs Division of the New York City Police Department is looking into what happened and investigators interviewed his clients in the hospital." [NY1]

LES club Tammany Hall (where the Annex used to be) hasn't even been open a year and already made the mainstream news. Watch NY1's recent report on the situation at NY1's site. Watch video interviews with Pete Rock from outside the gathering at New York Criminal Court yesterday (6/30), below...