photo: The Gotobeds @ Cake Shop in May (more by Jena Cumbo) 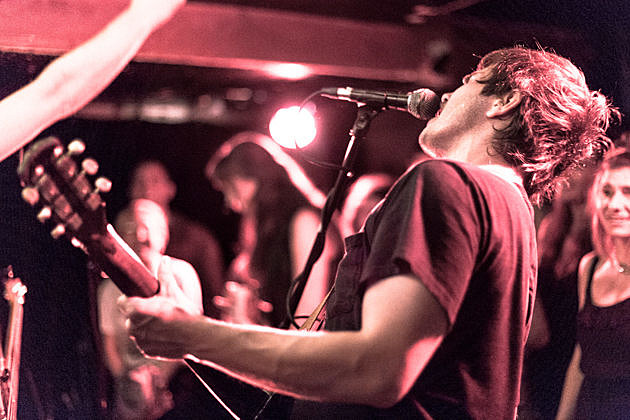 The Gotobeds are wrapping up work on their second album, which will be their first for Sub Pop, hopefully dropping early 2016. In the meantime, the Pittsburgh band will be taking a quick trip to NYC next weekend to open for Royal Headache and Sheer Mag at their just-added show at Saint Vitus on August 30 which is sold out (like RH's other two shows). It's The Gotobeds' only show on their schedule at the moment.

Royal Headache played the Beserktown II in L.A. last weekend and video has surfaced from that and you can watch that below.