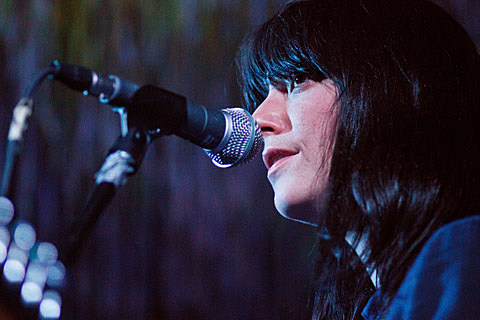 As mentioned a couple times, Sharon Van Etten will be opening for Nick Cave & the Bad Seeds on their upcoming North American tour, which includes three nights at Beacon Theatre (March 28 - 30). Tickets to the newly-added third show on March 30 go on sale at noon today.

On a recent visit to Australia, Sharon covered Nick's "People Ain't No Good" (from 1997′s The Boatman's Call) on Triple-J radio and you can watch her performance of that below.