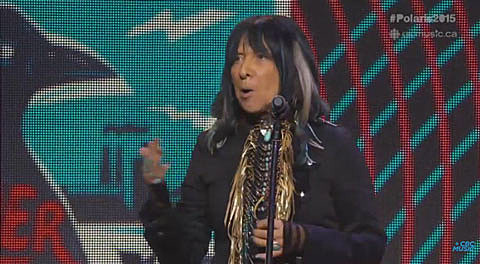 UPDATE: And the winner is... Buffy Sainte-Marie's Power in the Blood.

Canada's Polaris Music Prize, which is celebrating it's 10th anniversary, and is being given out tonight at the Carlu in Toronto right now (September 21). Nominees Alvvays, Braids, Jennifer Castle, Buffy Sainte-Marie, and the soon-not-to-be-called Viet Cong will perform live (some of which with the Toronto Symphony Orchestra) while the jury try and decide which album will win. The gala is hosted by Fred Penner, who hosted a very popular kids show in the 1980s. You can watch it live, below.

Speaking of Viet Cong, even though they have announced they're changing their name, some protesters are not satisfied and are giving out the t-shirts seen below to people (who will take them) going into the gala. Expect the prize (worth $50,000 to the artist) to be given out around 10 PM. 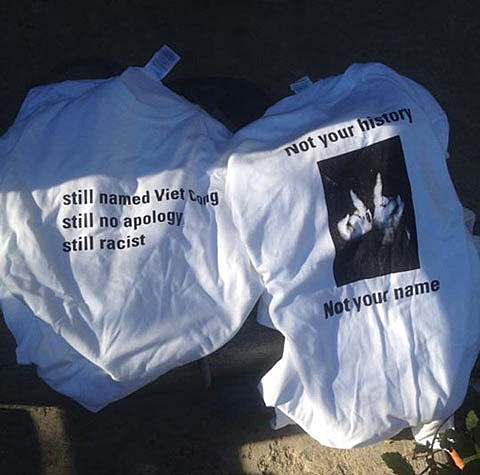