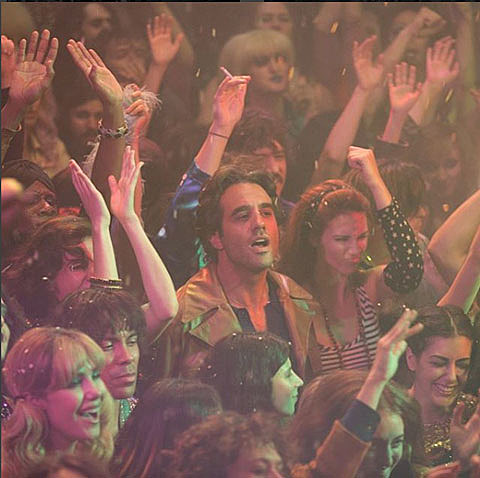 HBO's upcoming series Vinyl, which is about the music biz in 1970s New York, still doesn't have a firm premiere date (January some time) but there is a new trailer for the series which gives us the longest look yet. Bobby Cannavale stars as a record label exec looking for a new kind of kick, and finds it in the city's burgeoning punk scene. "That's rock n' roll. It's fast. It's dirty. It smashes you over the head!" Watch the trailer below.

You may have seen this series, brought to you by Mick Jagger, Martin Scorsese and Boardwalk Empire's Terrence Winter, filming here in NYC where they recreated Max Kansas City, an old Sam Goody (out of current Rough Trade) and other period locations.