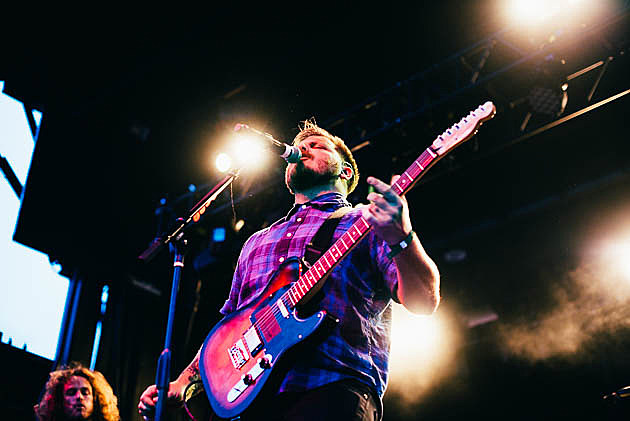 Last month, I wrote that Thrice was the best thing I saw at Asbury Park's Skate & Surf festival. Their set was heavy, huge-sounding, and a good reminder that their musicianship is unrivaled by most bands in that realm. They didn't have a new album to support at that show or anything, but frontman Dustin Kensrue did drop a new solo record about a month beforehand, Cary the Fire (on Vagrant/Staple).

Some of the record retains the folk and Americana influences he explored on earlier solo albums, but other tracks like "Gallows" are right up the alley of mid-to-late period Thrice. That's the one we're premiering the video for today. It was directed by Andrew van Baal, who's also done music videos for Mark Lanegan, Eels and others, and he accompanies the dark song with a black-and-white video that follows a paranoid man through a city at night. And there's a twist ending.

Watch the video, and check out Dustin's tour dates, below. There's none in NYC, but he was here with Andy Hull in April. Thrice also have more festival appearances on the way, including Amnesia Rockfest this weekend, Wrecking Ball, Summer Ends Fest, and Riot Fest Toronto, Denver and Chicago. Their full tour schedule is below too.