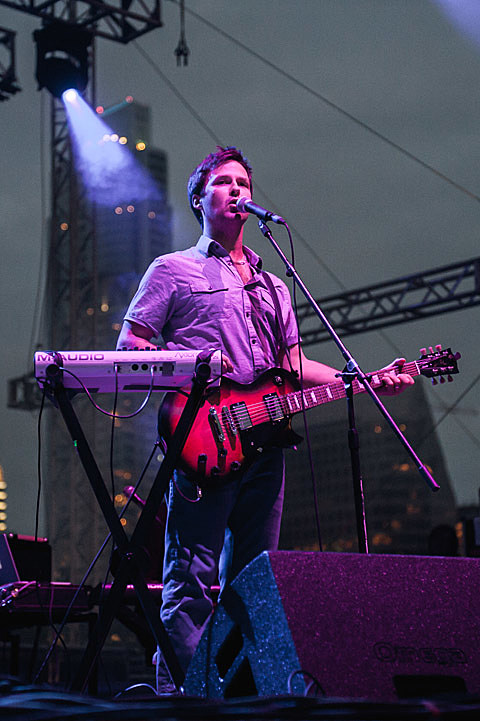 Shiner Beers, who we recently teamed up with for a free show in NYC and who will join us at our upcoming Austin day parties, were also a sponsor of Fun Fun Fun Fest in Austin this year. At that fest that they asked musicians to play one song in front of their parked van. They dubbed the high quality results "Shiner Van Sessions", and today we premiere two of them, and another over at BV Austin.

The Dismemberment Plan's Travis Morrison sounds just perfect in the outdoor setting with nothing but an electric guitar and a microphone as he plays "No One's Saying Nothing" off his DC band's 2013 reunion album Uncanney Valley. California's Cayucas don't sound so shabby themselves stripped down and harmonizing a rendition of "Will The Thrill" from their 2013 Secretly Canadian release Bigfoot. Watch and listen below...

---
Dismemberment Plan "No One's Saying Nothing"

Watch the TonTons play a session over at BV Austin. And here are some tour dates: