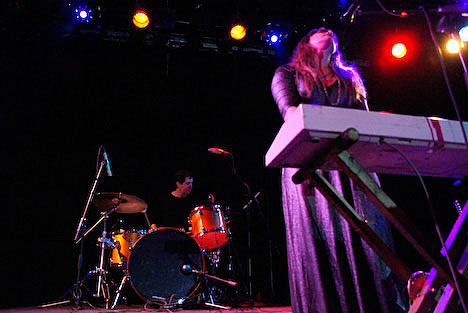 WAVVES has added a 3rd NYC show to his previously-announced itinerary. The new date is March 30th at Mercury Lounge with DD/MM/YYYY and Vampire Hands. Tickets are on sale. The other NYC shows are March 28th 29th at Cake Shop and March 29th 28th at Market Hotel. No advanced tickets for those.

It was already good news that The Walkmen added an April 16th NYC headlining show at Webster Hall. Now it's even better that Beach House has been revealed as the opener. Tickets are on sale.

Beach House's video for "Heart of Chambers" below...