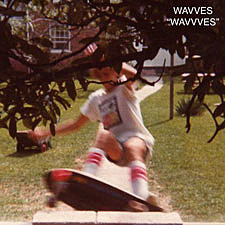 Despite that, Williams is still scheduled to go on with his upcoming shows, the first of which is tomorrow, Wednesday, July 15th at Bowery Ballroom in NYC. Opening will be Woods, Real Estate (who both play the Cameo Gallery the next night) and Popo. Tickets are still on sale.

After that he'll be playing Pitchfork Festival on July 18th and two SoCal dates, one of which is a benefit for a skate park with No Age.

These will be Williams's first shows since canceling his European tour after an incident on stage at Primavera Sound on May 28th.

All tour dates, with a clip of Williams discussing his favorite records, below...

On The Record: Wavves