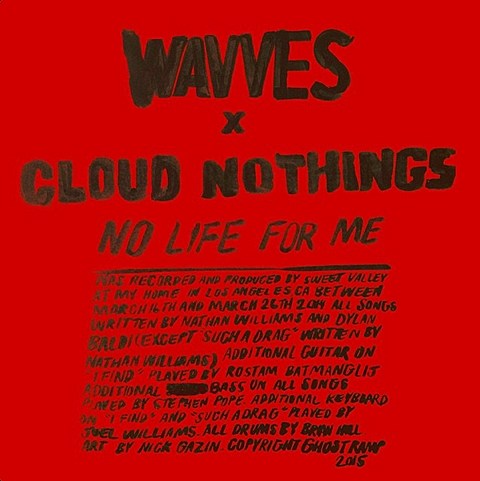 Wavves and Cloud Nothings have been talking about their collaborative album for a while now, and recently said it'd be out this year. Now it's finally been announced. It's called No Life For Me, and that's the album artwork above. Wavves' Nathan Williams and Cloud Nothings' Dylan Baldi co-wrote the whole record together (except one song, "Such A Drag," just written by Nathan), and Nathan's brother Joel (who he plays with in Sweet Valley and Spirit Club) produced the album. Wavves members Stephen Pope and Brian Hill played on it, as did Vampire Weekend's Rostam Batmanglij. Release date TBA, but it's coming out via Ghost Ramp.

Cloud Nothings and Wavves are both playing SXSW this week, as is Spirit Club.