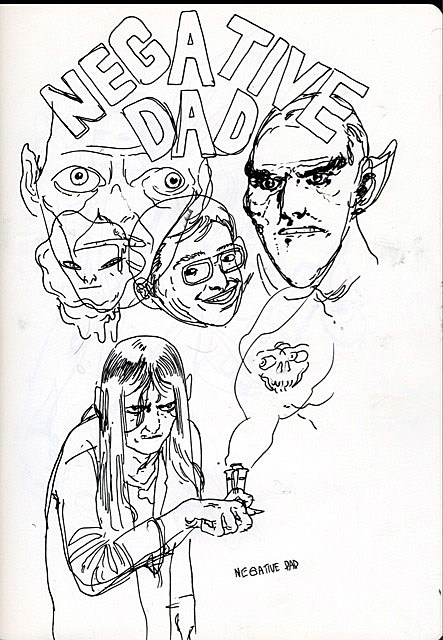 Wavves's Nathan Williams is a modern day renaissance man. Besides being a guitarist/songwriter and a weed connoisseur, Williams is also a comic book author and has penned a twelve part series with friend Matt Barajas and illustrator Nicholas Gazin. Pitchfork says that,

There will be at least 12 issues, and according to Gazin, it will possibly come with a cassette. He says, "This is going to be our gift (although it will cost money) to people who enjoy pot. Put the tape on, put in a beanbag chair in a space small enough to get clambaked and just read the comic and stare at the pictures and chuckle at the pictures while your friend plays Nintendo and eats all your Pirate Booty or something."

Maybe you can find copies of the comic at Wavves' merch table on tour. NYC'ers will have two chances to find out this summer. First, when Wavves plays the Northside Fest with Guided By Voices at McCarren Park Stage on 6/18 (tickets), and then at a free Summerstage show at Manhattan's East River Park Ampitheater on 8/25 at 7pm (enter at Delancey Street bridge over the FDR Drive and walk south or via Cherry St/Jackson Ave entrance into Corlears Hook Park and over the FDR Drive bridge leading directly to the ampitheater).

All Wavves tour dates below..