wavves in sumi and watercolor on bristol (danyellsaysyes) 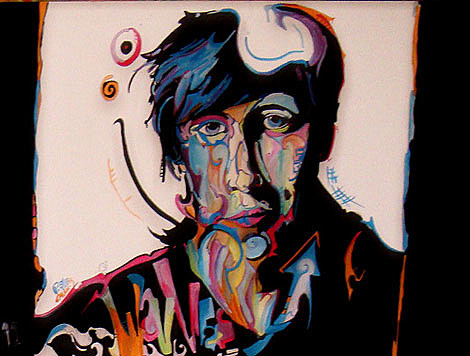 "But things declined quickly from there, as between songs, Nathan began ineptly mocking the crowd ("Ooooooh, I'm on ecstasy!"), going off at length about his preference for California over Spain, and eventually telling them the festival was "one of the coolest things we've been part of in a while," dripping with sarcasm. Finally, fed up with Nathan's petulant behavior, Ryan ran out from behind his drumkit and poured a full cup of beer over Nathan's head. The act would be met with their most enthusiastic applause of the evening." [Pitchfork]

WAVVES has US shows in NYC & Chicago coming up.