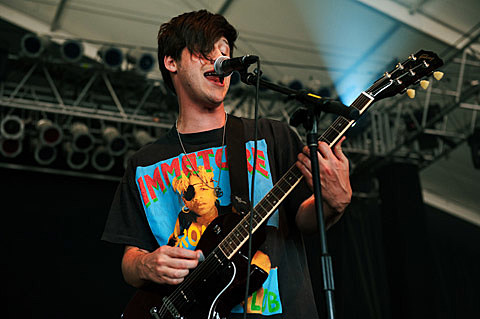 Wavves are among the awesome Riot Fest Chicago (9/12-14) lineup, and lucky for us in NYC they'll stop here for a show at Baby's All Right on September 8 right beforehand. That's a much smaller show than their last stop here at Irving Plaza, and should go down more like their Glasslands/Shea shows around Afraid of Heights' album release time. Tickets for the Baby's show go on sale Friday (7/18) at noon.

Wavves hasn't revealed any plans for Afraid of Heights' followup yet, but he is supposedly "almost done" with a collaborative album with Cloud Nothings, who also recently announced a tour.

All currently known dates are listed, with a video, below...