Wavves at McCarren Park in 2011 (more by Tamara Porras) 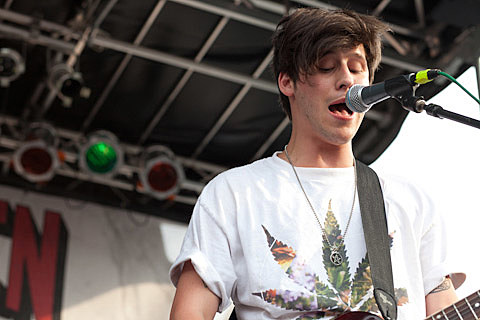 As mentioned, Wavves are finally getting around to releasing the followup to 2010's KIng of the Beach this year. The record is called Afraid of Heights and will be out on March 26 via Mom + Pop. It features guest vocals from Rilo Kiley's Jenny Lewis and guest drumming from The Bronx's Jorma Vik. The band just revealed the album tracklist and cover art, which you can check out below.

Late last year, Wavves made a video for the album's opening track, "Sail to the Sun," and they've just revealed another album cut, "Demon to Lean On." The songwriting and cleaner production (the record was done with pop producer John Hill) has the band sounding more pop punk than ever. Frontman Nathan Williams will tell you he was listening to Weezer's Blue Album everyday while making the record, but you'll hear the snotty anthems of blink-182 in there too. Check out both tracks below.

Wavves will be supporting the record this spring, which kicks off after SXSW, with support from LA brats FIDLAR and UK pop shoegazers Cheatahs. That tour hits NYC for two very intimate shows (for Wavves' standards): April 11 at Glasslands and April 12 at Shea Stadium. Tickets for the Glasslands show and the Shea Stadium show go on sale Friday (2/1) at 9 AM.

A list of all dates, stream, video, album art, and tracklist below...

Wavves - "Demon To Lean On" 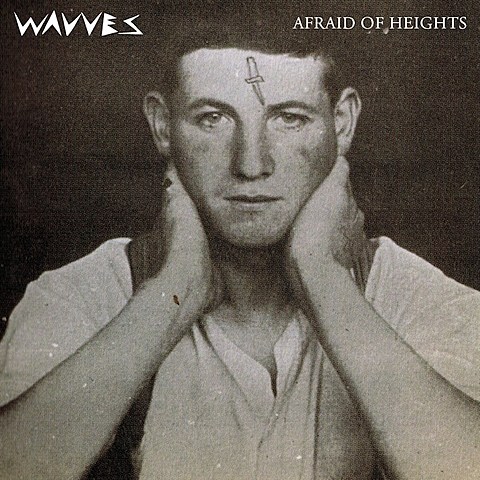 * with FIDLAR and Cheatahs