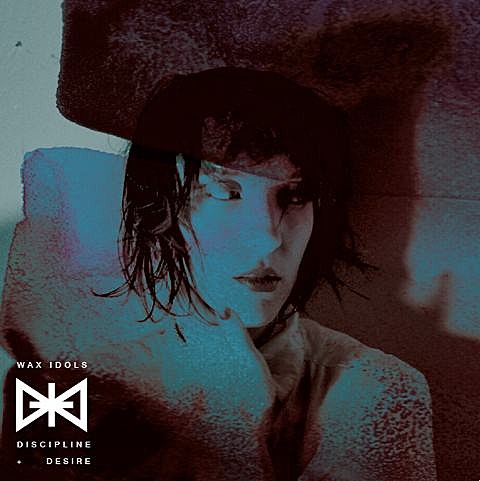 San Francisco's Wax Idols will release their second album, Discipline + Desire, on March 26 via their new home Slumberland Records. That's the cover art above. The new album, produced by Monte Vallier (of Half Church and Swell) and bandleader Hether Fortune, is a marked departure from 2011's No Future, trading in garage-y punk for full-on gothy post-punk a la Siouxsie & the Banshees or The Chameleons. In fact, the latter's Mark Burgess offered "an extra set of ears" during the recording process and played bass on album-closer "Stay In." As much as I liked No Future, the new direction (previewed on last year's "Schadenfreude" single) is a more natural fit for Fortune. You can stream "AD RE:IAN" from it below.

The band will hit the road in March for a West Coast / Southwest tour towards SXSW and then head out for Midwest / East Coast dates later in the spring with TV Ghost, including one in NYC at Shea Stadium on May 4. I would expect them to add at least one more show while they're here (the WIERD party would be a good fit). All tour dates are listed below.