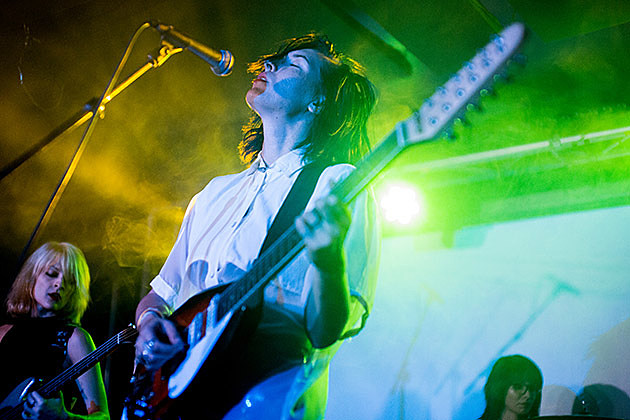 The second annual Legacy of the Witch Fest is happening this year on April 23 at Saint Vitus with a lineup that features music from Wax Idols, Void Vision, and occult rockers Sabbath Assembly (who also play on that Krallice show at the Acheron on March 10). In addition to the bands, the festival will feature all kinds of other stuff like burlesque, performance art, tarot readings, and visual art. Tickets are on sale.

The feminist festival is presented by the website Slutist, who write:

As a mesmeric symbol of female power and persecution, the witch reigns supreme. Her ubiquity in film, fashion, art, and literature today is not merely a trend, but speaks to a hunger for archetypes and belief systems beyond patriarchal bounds. Similar to the way the word “slut” is used to police and punish women today, the word “witch” was used to ostracize and abuse women who failed to fall in line for hundreds of years. And as women strive to harness bodily autonomy and self-actualize against the odds, the witch remains an aspirational entity that taps into the primal need for both agency and community in a world which fears female power.

A portion of the proceeds from the event will go to benefit RAINN, an organization that helps survivors of rape, abuse, and incest.

Check out music from the three bands and the full talent lineup for Legacy of the Witch fest below.