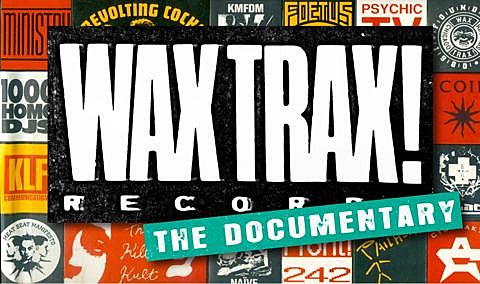 Wax Trax! Records began its life as an independent record store in Denver which, in 1978, relocated to Chicago where it soon found itself at ground zero for the city's postpunk scene. In 1980 Wax Trax! started a label that became synonymous with industrial music, releasing records by Ministry, Front 242, Coil, Revolting Cocks, Foetus, KMFDM, My Life with the Thrill Kill Cult and lots more. The label got bought out by TVT Records in 1992, and owner Jim Nash died of AIDS-related complications three years later, but the label's music and legacy live on.

A new documentary featuring rare archival footage as well as new interviews with Paul Barker (Ministry, RevCo), Chris Connelly (Ministry, RevCo), Richard 23 and Patrick Codenys of Front 242, En Esch of KMFDM, Jello Biafra and more. No word on a release date yet, but you can watch the trailer (via Slicing Up Eyeballs) below...