photo: Waxahatchee at Terminal 5 in December (more by Greg Cristman) 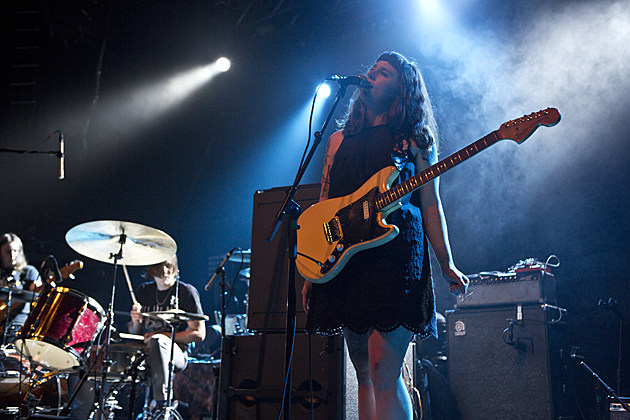 Waxahatchee hasn't announced a full 2016 tour yet, but she does have some dates scheduled for this year. One is a fundraiser for Planned Parenthood, happening at Brooklyn's Silent Barn on January 22 (the 43rd anniversary of Roe V Wade). Katie Crutchfield will be playing solo, and the bill also includes Trophy Wife and Vagabon. It's a $12 show and a ticket link is coming soon.

Her only other known dates are in Australia in February. All are listed, with the video for "La Loose" off 2015's Ivy Tripp, below...