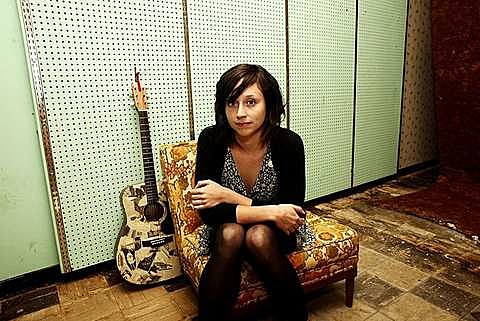 Waxahatchee (aka Katie Crutchfield of the now-defunct P.S. Eliot) released her debut LP, American Weekend, in January via Don GIovanni. It's a real stripped down, personal album recorded with no more than her guitar, voice and piano. You can stream the entire thing at Punk News and buy it at the Don Giovanni webstore. The video for "Grass Stain" is below and an MP3 of the track can be downloaded HERE.

Katie has a couple east coast dates scheduled including a Brooklyn show tonight (6/4) at Death by Audio with Sourpatch, Swearin, and Pretty Wild (mems Little Lungs & Nude Beach), and a Philly show on 6/10 with Ceremony and Citizens Arrest.

All dates are listed below with the "Grass Stain" video...