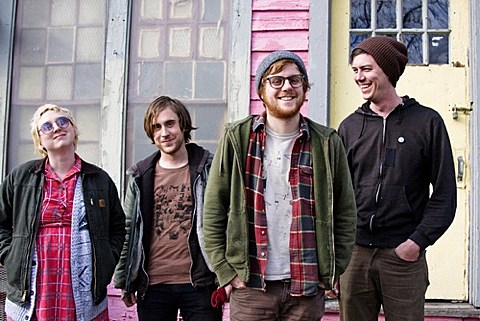 As discussed, Waxhatchee signed to Merge for her third full length which will be out in April. There's still no single released from that, but yesterday (1/4) on main member Katie Crutchfield's 26th birthday, she put out an album trailer that features 54 seconds of new music. It's not a lot to go on, but it sounds good and so far it doesn't seem like Cerulean Salt part 2. Check it out for yourself below.

Waxahatchee play Portland this Tuesday, 1/6, an XRAY.FM-curated Red Bull Sound Select show which is just $3 with RSVP (much like our own upcoming RBSS show which is 1/13 at Baby's in Brooklyn).

Katie's twin sister Allison and Waxahatchee member Keith Spencer's band Swearin' also have two shows coming up in February. First they play NYC on February 19 at Baby's All Right and then Philly a day later. Tickets for the NYC show are on sale now.

In more related news, Radiator Hospital frontman and former Waxahatchee bassist Sam Cook-Parrott recently wrote about his Top 10 Days of 2014 for The Media, where he also premiered a cover of Lucinda Williams' "Something About What Happens" with Allison Crutchfield, with whom he toured and collaborated in 2014.

Listen to that, with the Waxahatchee trailer and list of Swearin' dates, below...