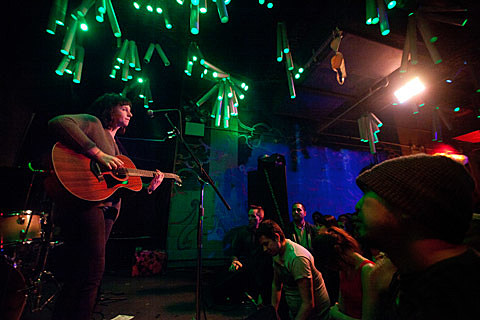 Williamsburg venue Glasslands is in its final month before the building's new residents move in, and last night the venue's series of final shows continued with a stacked four-artist bill. Headlining was Waxahatchee in solo mode playing stripped down versions of fan favorites and doing a bit of previewing her upcoming album too. Before that we got psych-folk from Steve Gunn (backed by a bassist and drummer), the most likeminded set on the lineup to Waxahatchee from The Goodbye Party (aka ex-Ambulars member Michael Cantor), and Weyes Blood's classic pop stylings with her powerhouse pipes. Pictures from the show are in this post.

Other upcoming shows at Glasslands before they close include How to Dress Well, Peter Silberman & others, Widowspeak, Quilt & What Moon Things, Bass Drum of Death & Mitski, Trust and more.

In related news, Waxahatchee-related band Swearin' play a free show at Brooklyn Night Bazaar on Friday (12/12). Since we last spoke, Quarterbacks, Mean Creek and Bethlehem Steele were added to that show. Quarterbacks will release a self-titled album, the followup to this year's Quarterboy, on February 10 via Team Love. You can stream a track from that, with more pictures from the Glasslands show, below. 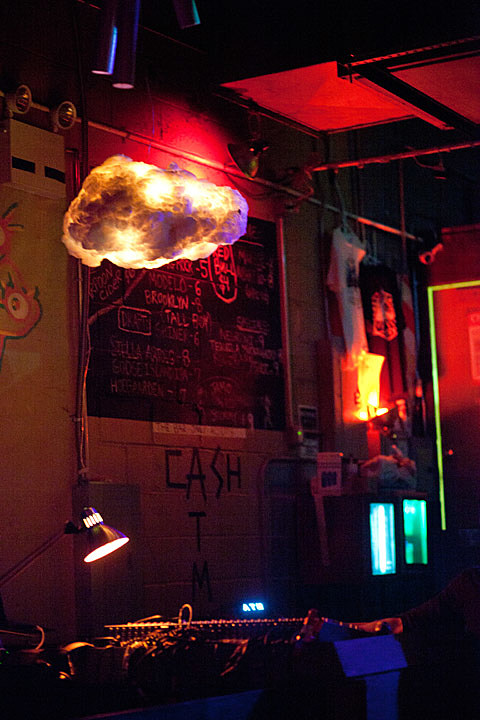 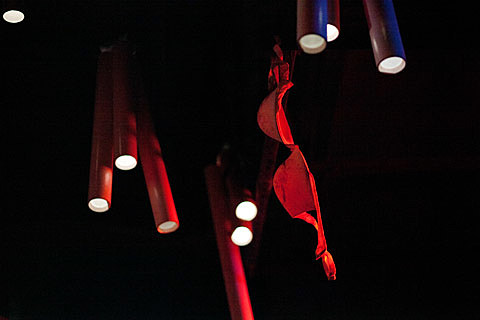 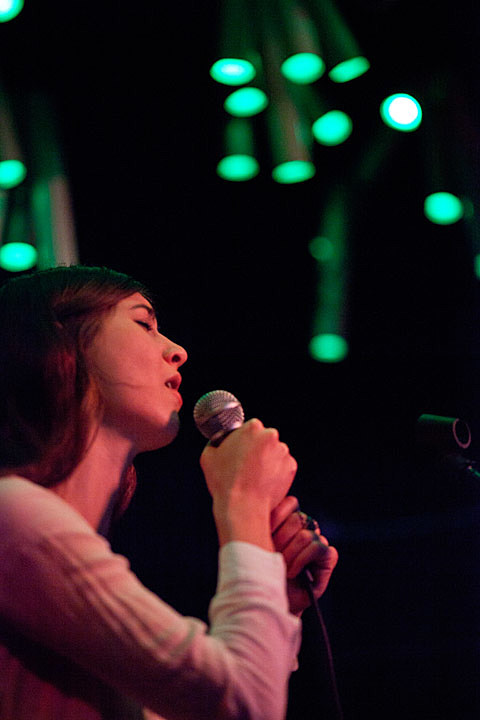 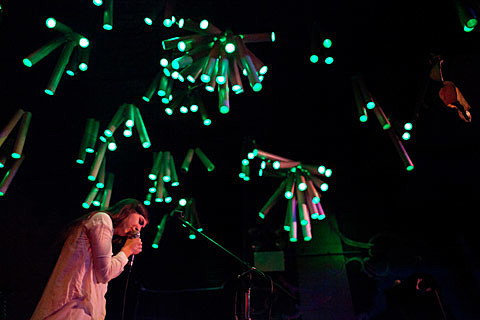 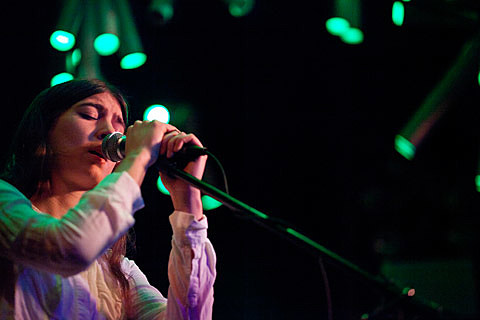 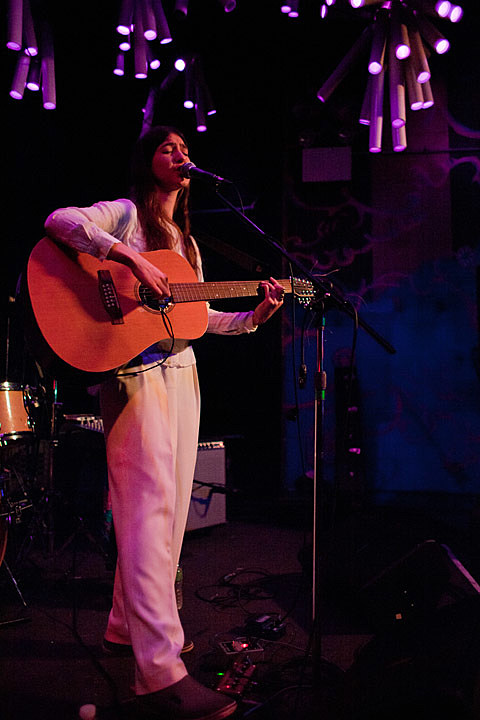 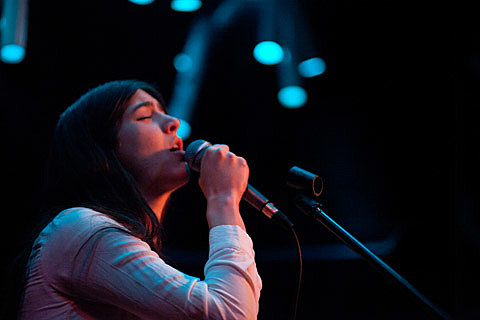 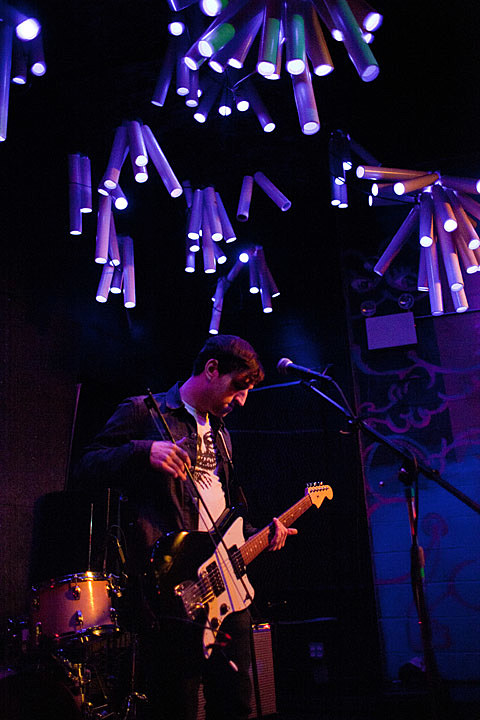 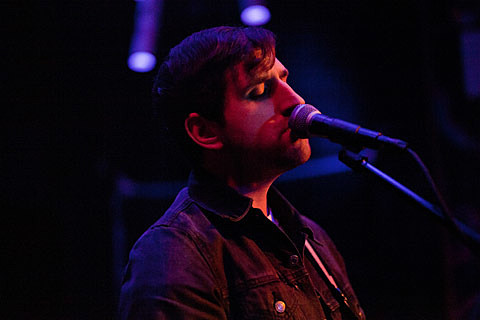 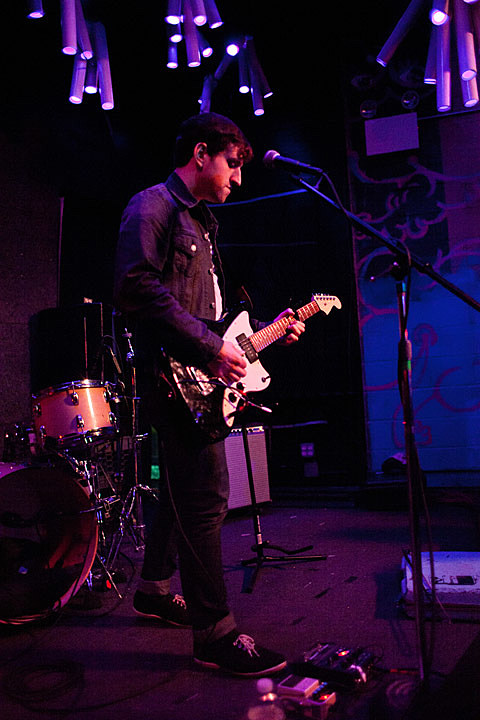 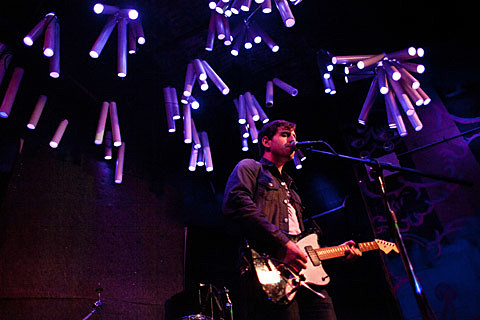 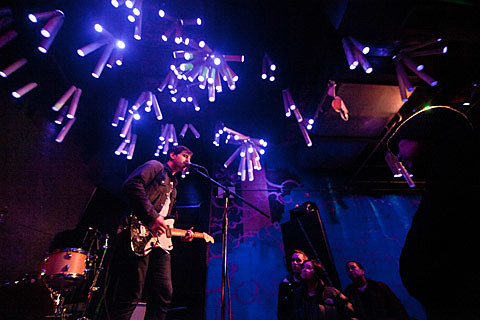 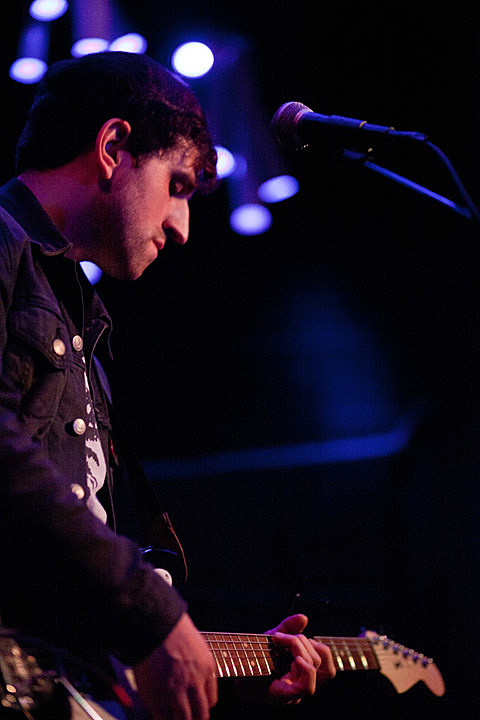 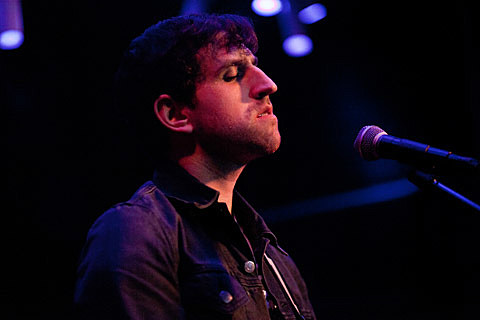 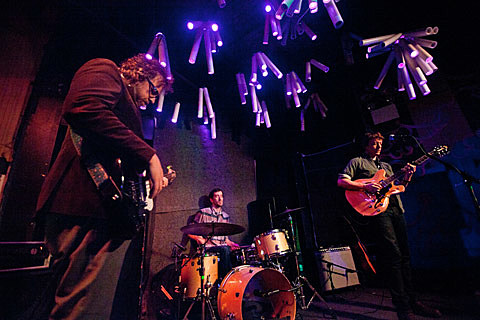 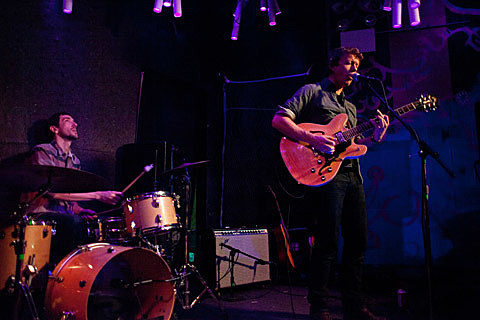 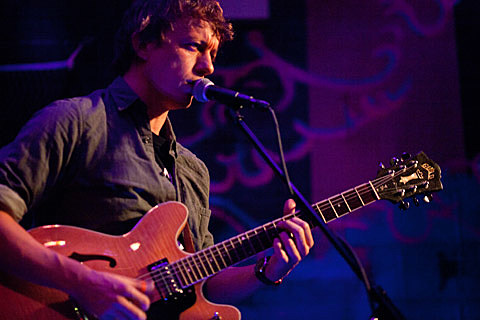 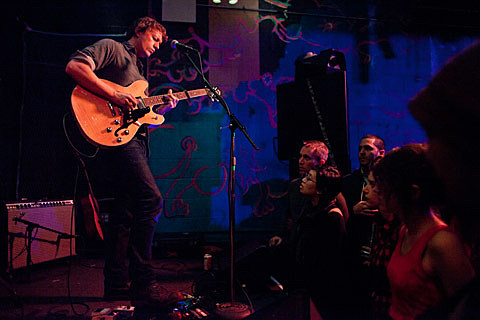 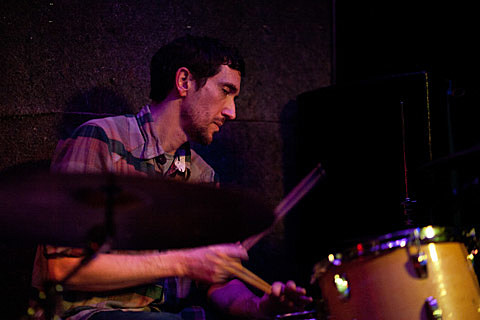 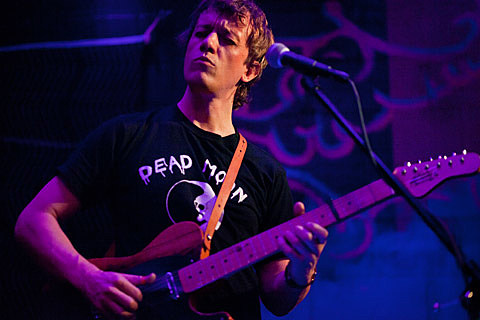 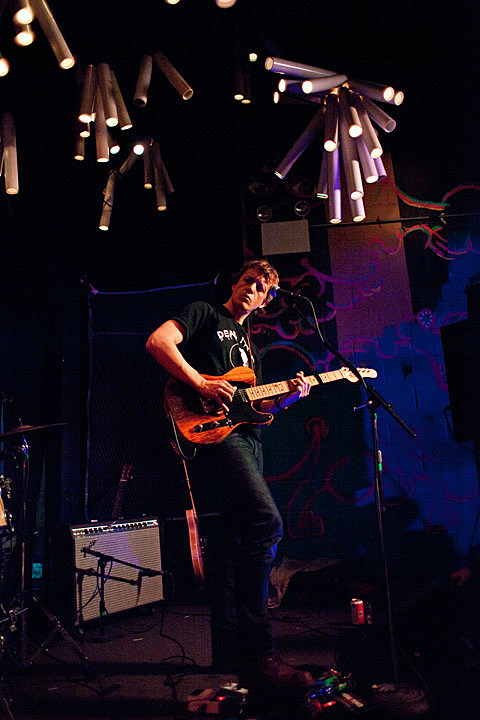 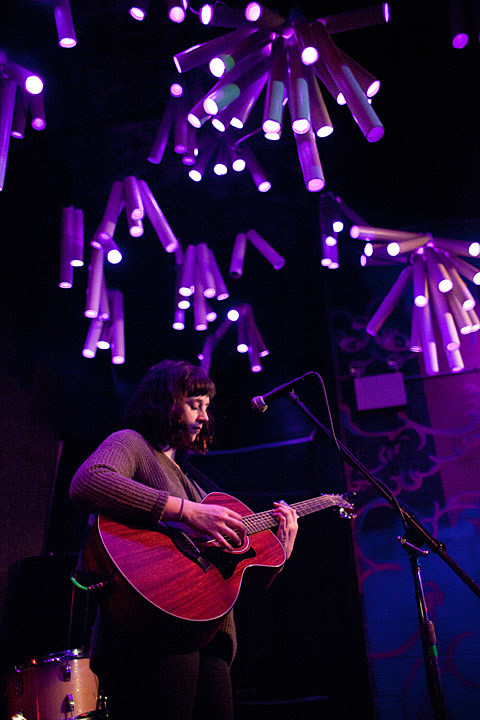 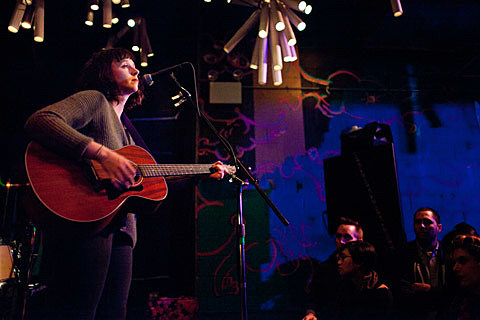 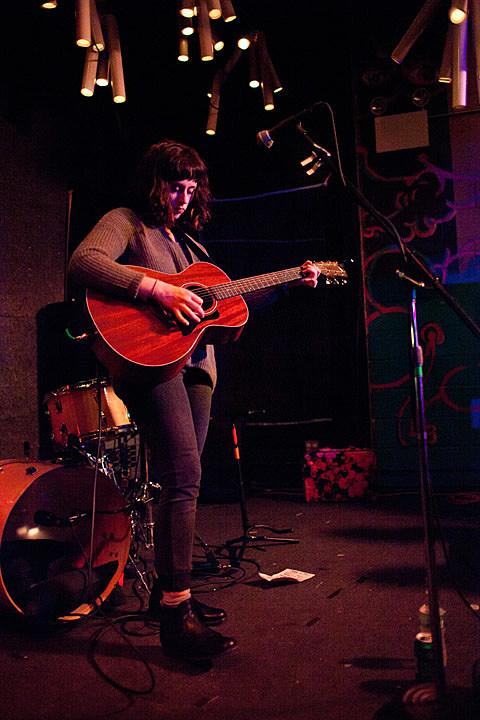 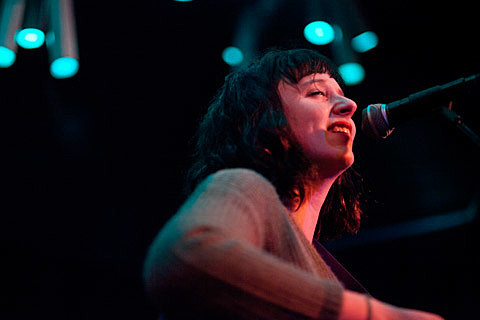 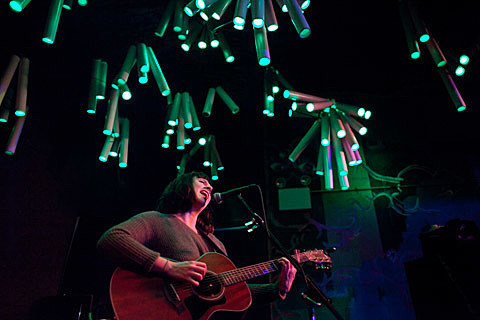 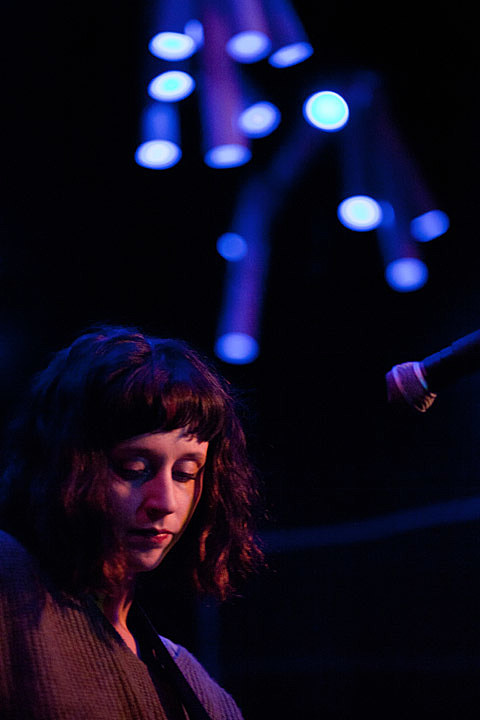