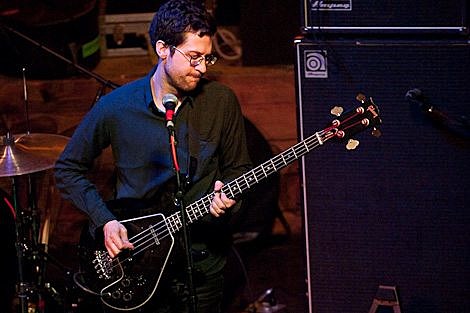 More Bowery Presents New Years Eve shows are being booked. Drive By Truckers, Passion Pit, Butthole Surfers, and.... We Are Scientists are all playing December 31st shows at their venues. For WAS, it's the more intimate Mercury Lounge. $30 advanced tickets go on sale Saturday, 11/20, at noon. If you're not feeling lazy you can walk down to the Mercury Lounge box office at that time and pick tix up with no fees.

The show starts at 8pm, and though no openers have been announced yet, I am assured that We Are Scientists will be the band that is on when the clock hits midnight, though they will also be over before 1am which is when the doors to the Consider The Source show open.

We Are Scientists are currently touring Europe. All dates below...