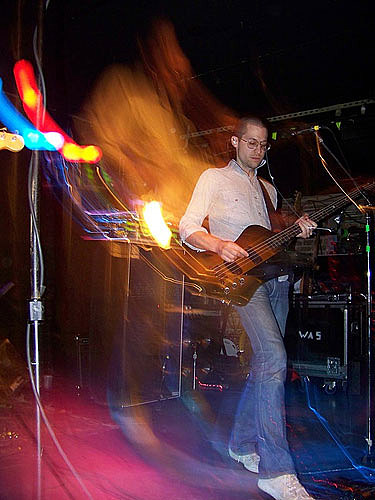 "Beat Up Old Fellas was a fake moniker for We Are Scientists to try out some new songs on an unsuspecting crowd. They introduced the songs with titles like 'Altered Beast" and 'Russian Attack' and said they were heading into an LA recording studio to begin work on the new album next week." - tigerkatie

What label they'll be releasing the album on is less clear than the name of their band, and yes, that is HIM in the picture.