Jello Biafra as the president of the United States in Lovedolls Superstar, occupying an empty office adjacent to SST/Global, 1985 (photo by Jordan Schwartz) 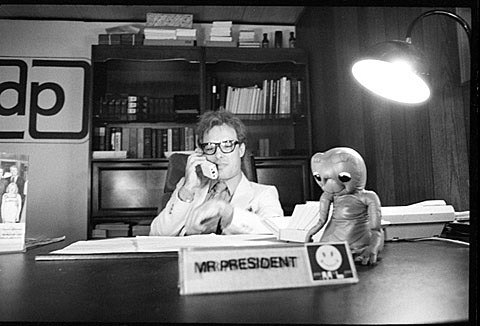 Fanzine We Got Power! was created in 1981, born out of a love for hardcore music between two friends, David Markey and Jordan Schwartz. The zine compiled photos and text that documented the early LA hardcore scene including legends like Black Flag, the Minutemen, Social Distortion, Red Cross/Redd Kross, Suicidal Tendencies, the Descendents, M.D.C., Big Boys, and so many others who would change the face of music as we knew it.

We Got Power! has now been compiled into a book due on 10/5 via Bazillion Points (order it), and it's chockful of photographs and pieces that document this crucial time in punk rock music. In celebration, Markey and Schwartz dropped off a few of their photographs that appear in the book along with some details behind each. Check out those photos below.

"Mike Roth at We Got Power headquarters--Dave Markey's bedroom--1982. Mike became a Calvin Klein model after being stolen from We Got Power by fashion photographer Bruce Weber." - DAVID MARKEY 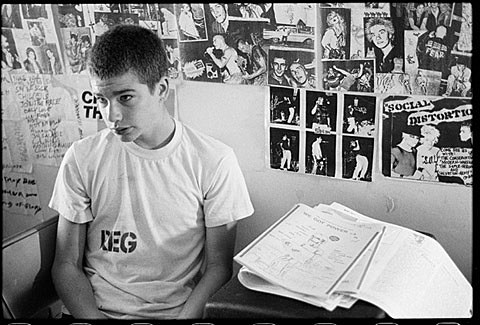 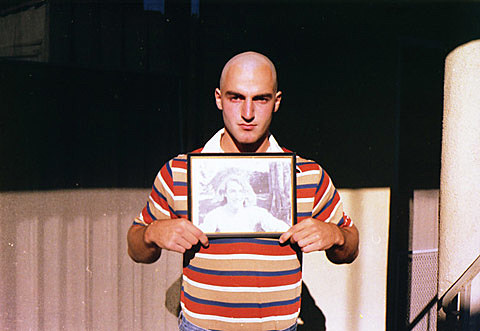 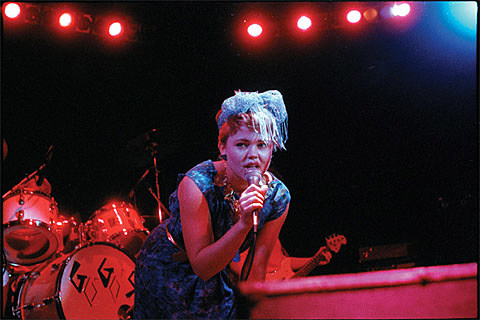 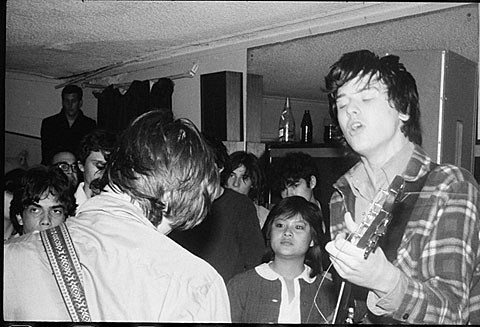 "Mike Muir of Suicidal Tendencies with skanker on his shoulders. The youngest kid behind him is Junior." - JORDAN SCHWARTZ 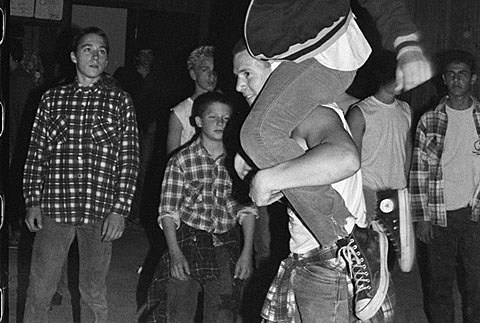 "The black-light posters identify this space immediately as Bob's Place in Watts. You risked your life by going there, but that was where the gigs were happening in 1982 and 1983. The last show there was raided by some locals who were clearly miffed that suburban white punks had taken over their dance hall. They raided the gig, mugging punks for their cameras. A girl was raped in the bathroom. That was the end of Bob's Place." - JORDAN SCHWARTZ 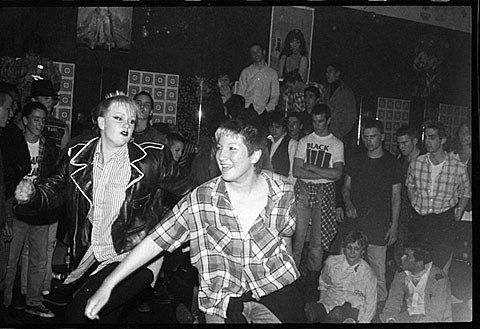 "Dez Cadena checking out the Minutemen at the Grandia Room, 1982. Oftentimes, nobody was going to see these bands except their friends in other bands. The Minutemen didn't really have a crowd until Double Nickels on the Dime in 1984." - JORDAN SCHWARTZ 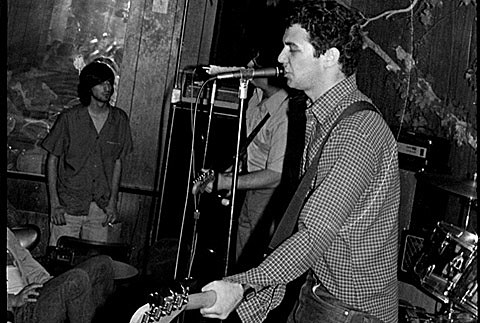 "The Minutemen, house party, Hollywood, 1982. Mike Watt playing Earl Liberty's bass. The hepcat in the glasses to the left of Watt is Spot, producer of all the early SST records by Black Flag, Hüsker Dü, the Minutemen, Meat Puppets, and many others. The blonde woman is Janet Housden from Red Cross, the guy in the checkerboard jacket is David Markey, the guy behind Watt with the Aunt Jemima bandanna and raised fist is Henry Rollins, and the heavy-lidded fellow with glasses on the right is celebrated Black Flag roadie Davo Claassen. Earl Liberty looks on at far right." - JORDAN SCHWARTZ 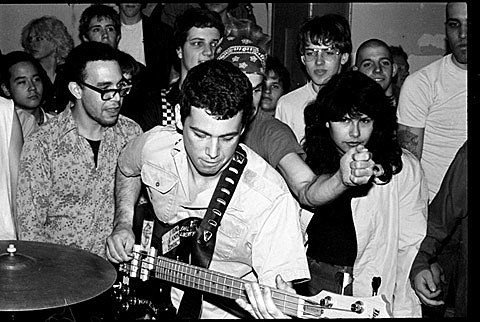 "Milo Aukerman and the Descendents, Glen E. Friedman with his camera visible in audience. 1982" 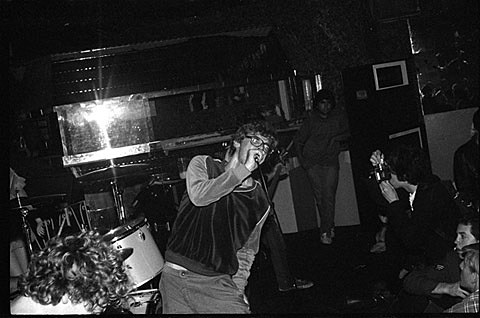 "Jordan in his porkpie hat at the Punk Shack, Santa Monica. Jordan wrote PRESS on the back of a business card and stuck it in the brim of his hat like a character out of a 1940s movie. He used this to scam his way into shows in Hollywood. He would stare dead seriously at the person in the ticket booth: 'I'm Jordan from We Got Power fanzine, and I'm here to review the show tonight. I need entrance plus one. Thank you very much!' " - DAVID MARKEY 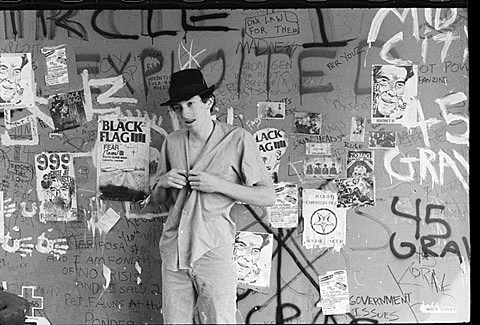 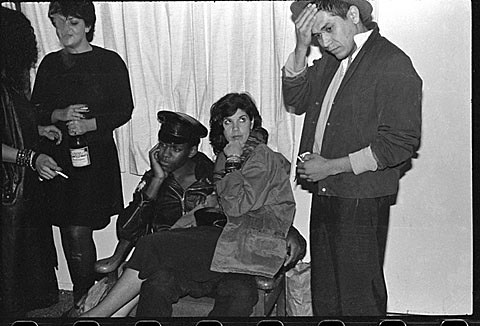 "Punk mom with injured son and daughter--the family that stage dives together stays together." - JORDAN SCHWARTZ 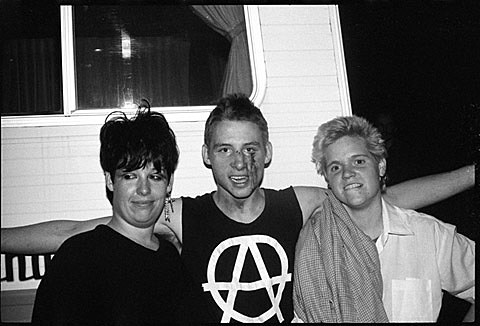 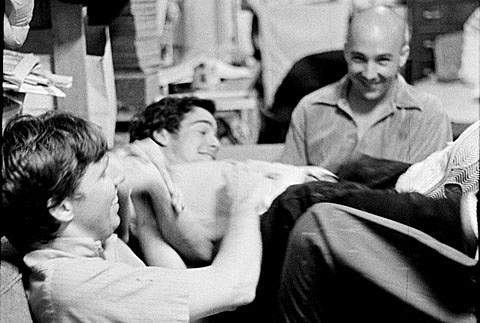 "The Minutemen, Grandia Room, Hollywood, CA, 1982. Most of the few people in the crowd played in other SST bands. At left is Earl Liberty from Saccharine Trust, center is Henry Rollins, and at right (in trucker hat) is Chuck Dukowski from Black Flag." - JORDAN SCHWARTZ 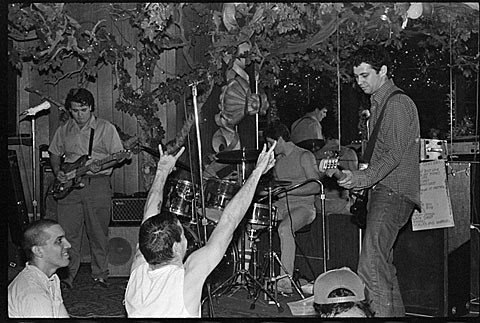 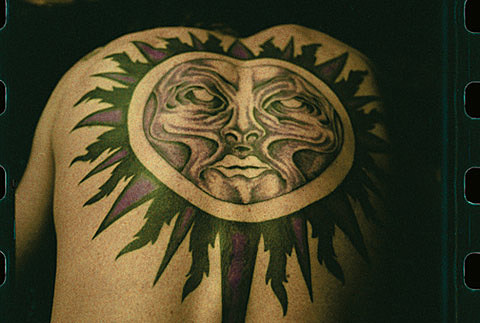 "Youth of America Unite! The rear of the Punk Shack during demolition. Local anti-punk surfers crossed out our Black Flag graffiti as part of an ongoing war. A year or two later, these same culprits would cut their long surfer hair and don Suicidal Tendencies shirts." - DAVID MARKEY 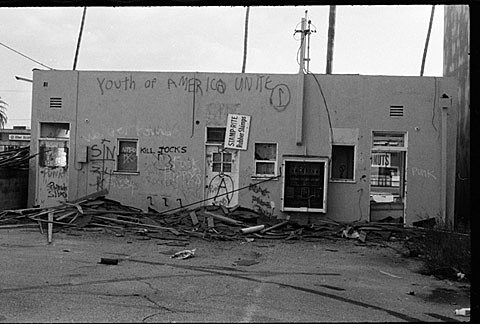