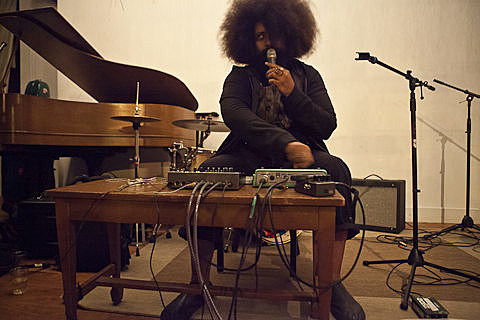 Reggie Watts made a surprise appearance at a tiny loft show in Williamsburg on Sunday (10/7) bringing a dose of his particular anarchic genius to an otherwise gentle evening of acoustic music from Lady Lamb the BeeKeeper (who played our BV SXSW 2011 showcase), Brandon Terzic (Oud) & Matt Kilmer, Gelsey Bell, Xylos, and cellist Brent Arnold with Alexandra Duvekot.

Like Andrew WK, Watts also spent part of last weekend playing music through the electrified body of David Blaine (who seemed to enjoy it.) There's video of that below, along with more pictures from the loft party. 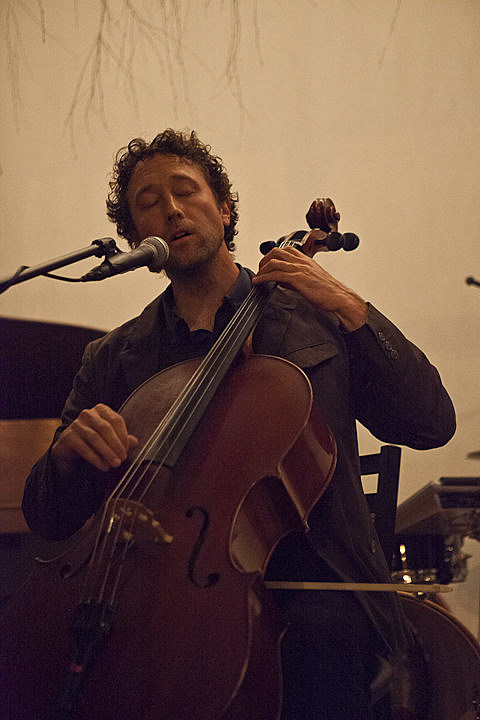 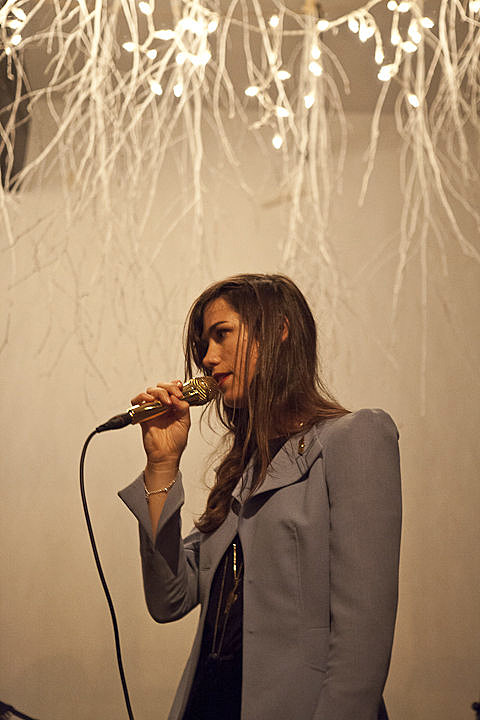 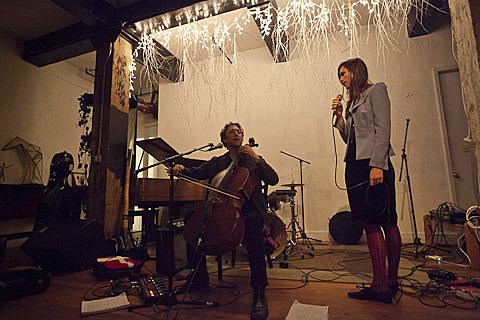 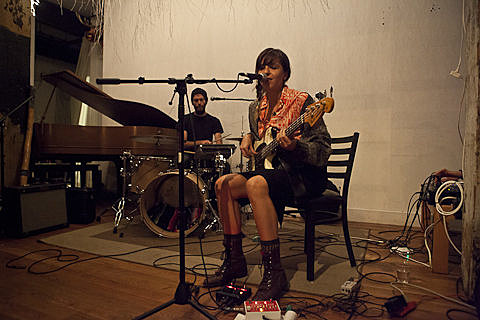 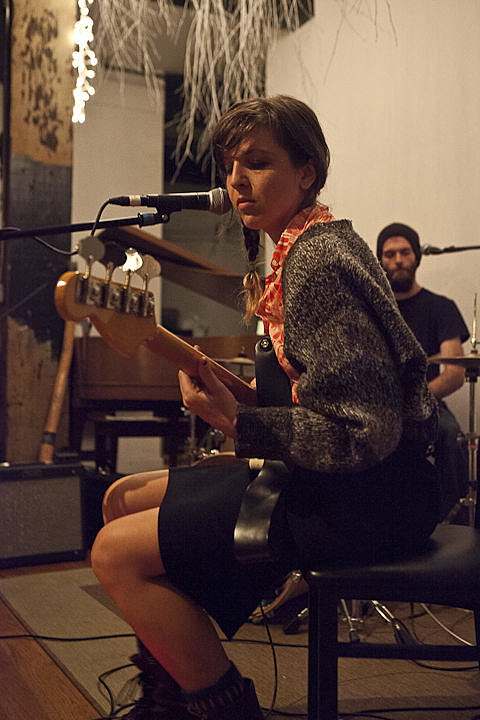 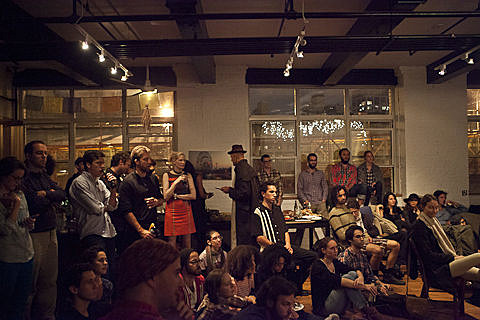 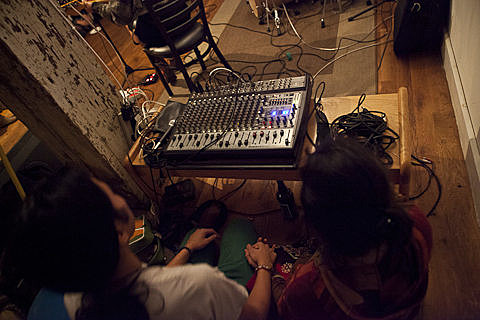 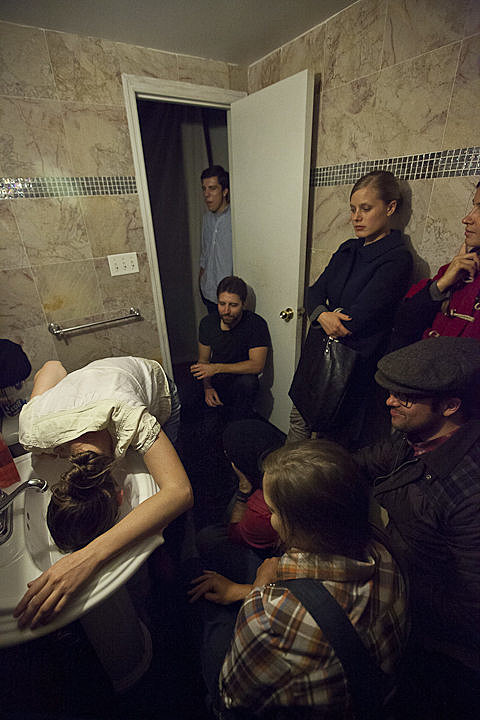 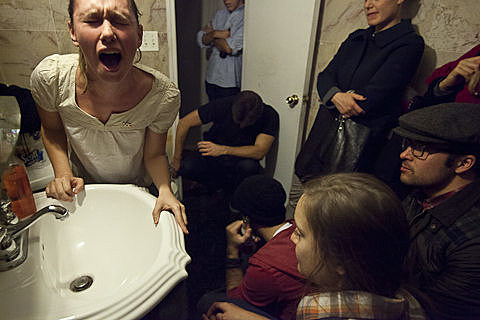 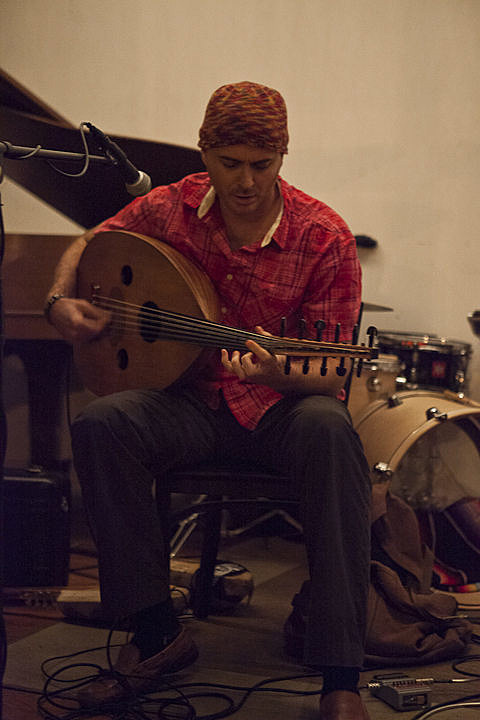 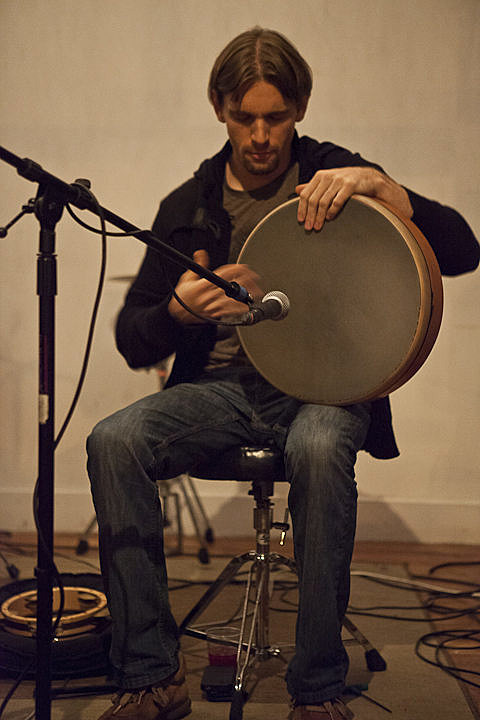 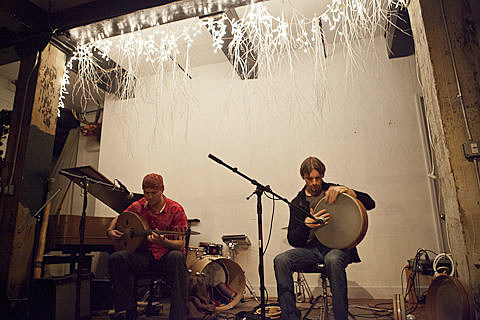 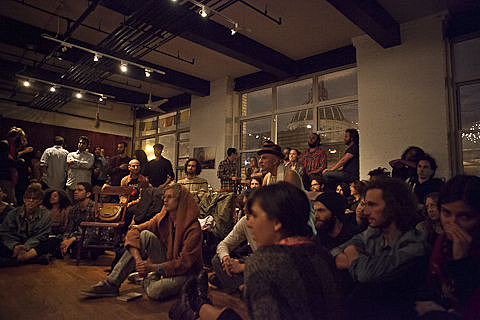 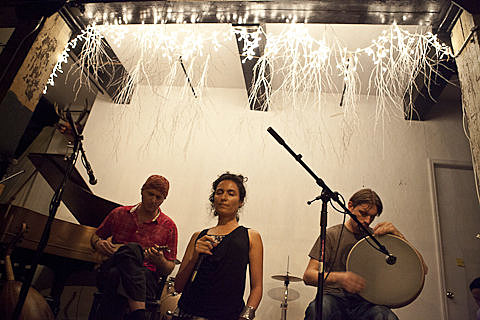 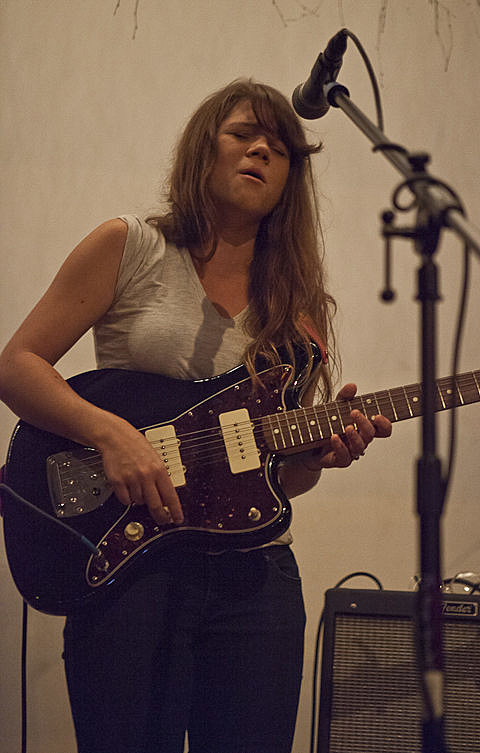 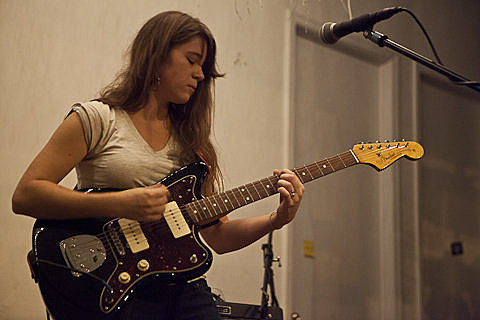 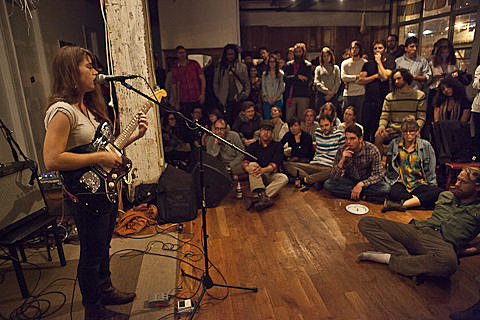 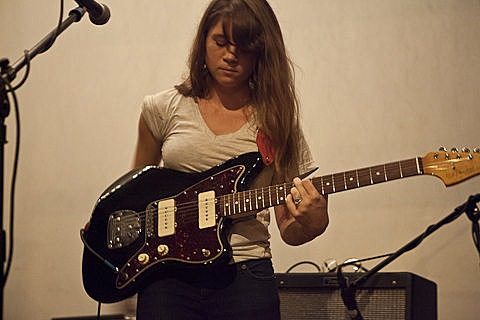 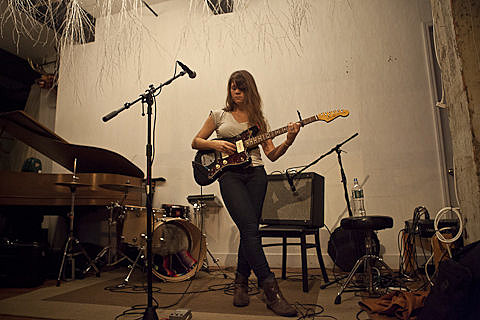 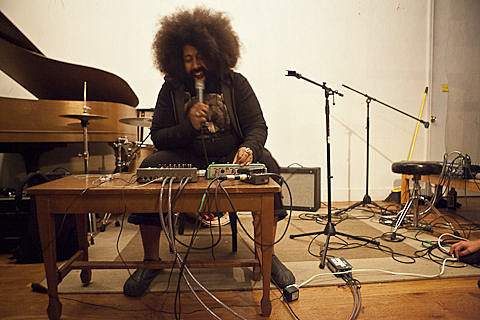 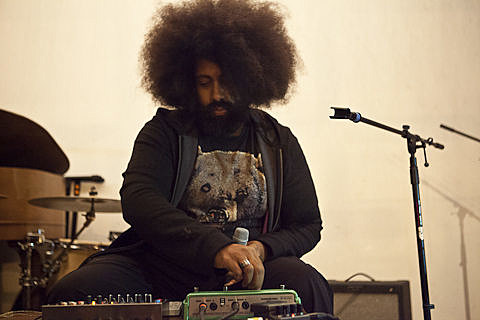 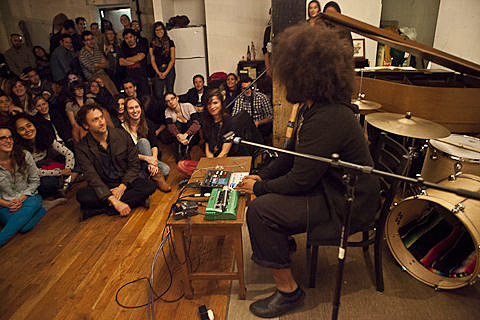 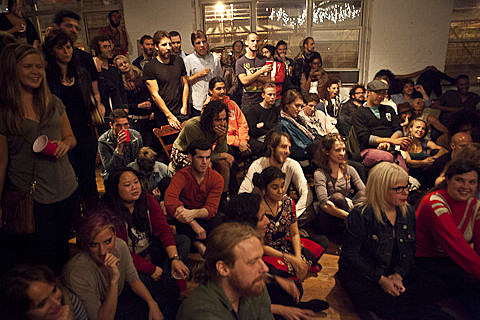 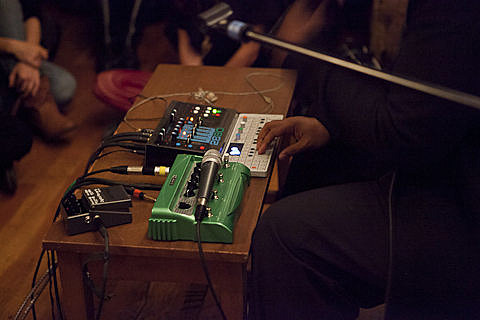 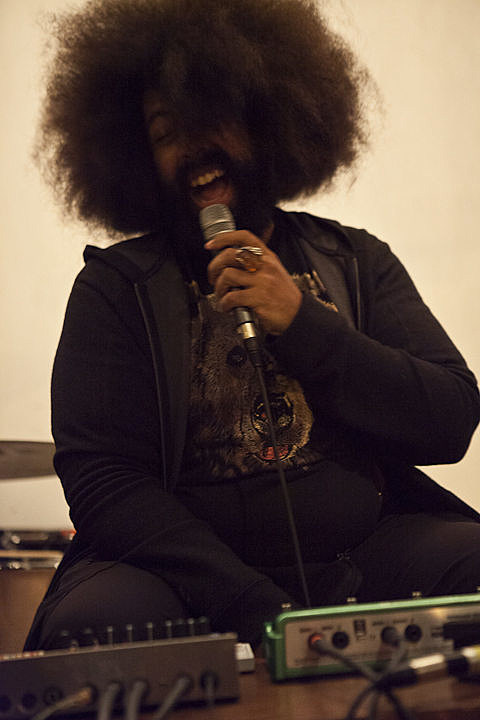 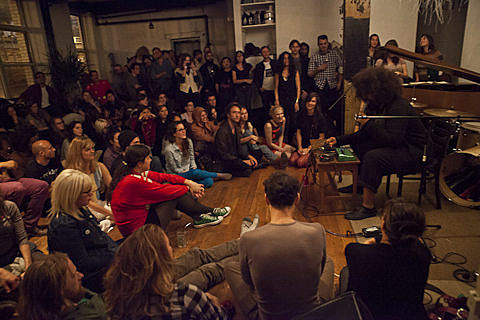 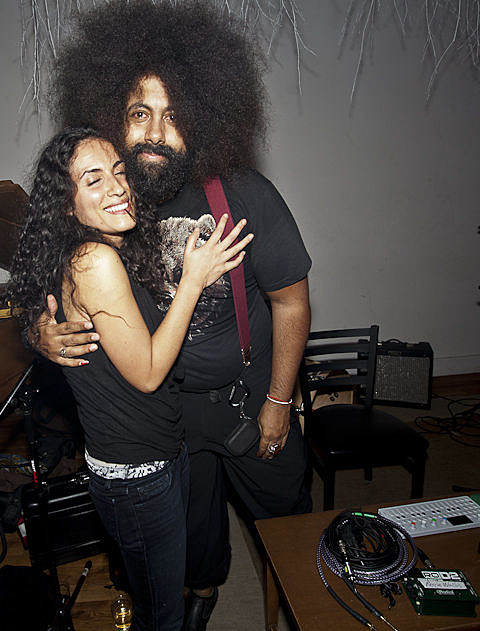 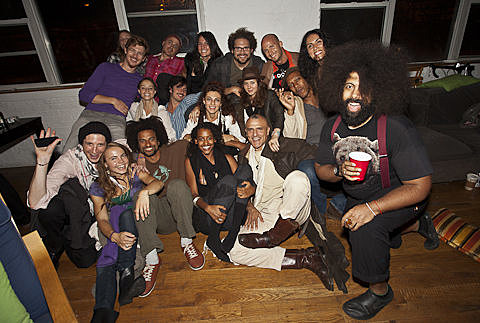