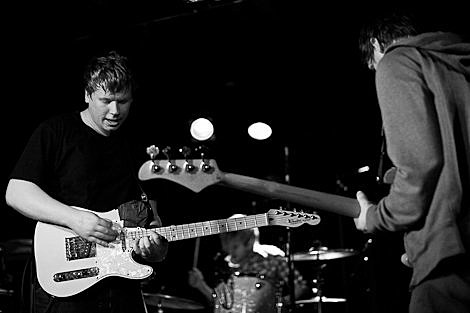 Scottish indie rockers We Were Promised Jetpacks were talking about releasing a live album earlier this year, and it's now officially announced that E Rey - Live in Philadelphia (recorded at Union Transfer) will be out on February 25 via FatCat. A trailer for the album can be watched below.

The band are also kicking off a US tour around that album's release that includes SXSW and a NYC show happening on March 8 at Webster Hall with Honeyblood. Tickets for that show go on sale Wednesday (12/18) at noon.

All dates are listed, along with the trailer, below...