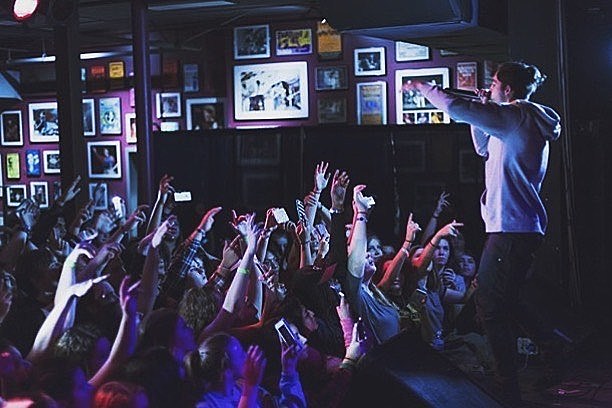 An altercation went down last night (2/20) in the Marlin Room of NYC's Webster Hall between the security guard and the show's headliner, rapper/singer Skate Maloley. An audience member was approached by a security guard, who apparently appeared to then use a taser on them, and Skate quickly tried to grab the guard from the stage to get him to stop. Then other security guards got involved and took down Skate, his tourmate Derek Luh, and other members of his team. "My whole team got assaulted buy them and that's it," Skate tweeted. You can watch a video of the incident below.

Webster Hall issued a statement on the incident, writing:

Saturday's incident is being fully investigated, as there are misreports about what took place. Webster Hall's staff do NOT carry tasers and are not armed. They carry strobe flashlights. The safety of all guests is always our primary focus.

Watch the video of the incident, a clip of Skate leaving the venue, and more tweets from Skate, below...

Much respect to him for trying to stop the violence & hopefully everyone's okay. pic.twitter.com/YwHcD4gXA7