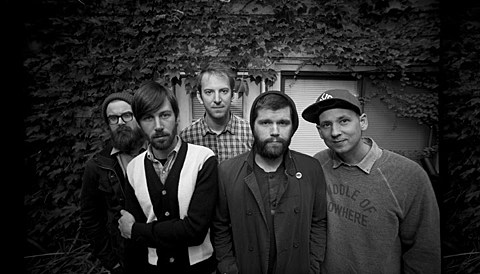 Wedding Dress, whose lineup includes Erin Elders of Maps & Atlases and Bobby Burg of Joan of Arc, are a week away from releasing their debut album, Desperate Glow (due 11/18 via Lovitt Records), and they've now got a non-album track premiering in this post which is a cover of Wild Beasts' single "Devil's Crayon" from their 2008 album, Limbo, Panto. They do the song well and they definitely put their own spin on it. Check it out below.

The band is also currently on tour and will hit NYC TONIGHT (11/13) at Shea Stadium for a show that's headlined by local chamber pop group Friend Roulette and also includes Del Vinicci and Bears. $8 at the door gets you in.