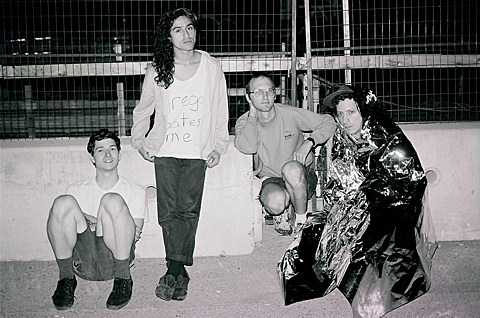 Vancouver sludge rockers Weed released their debut album, Deserve, last year via Couple Skate Records and they're currently over in the US continuing to support it on tour. The tour brings them to NYC for two shows this week, including Shea Stadium on Wednesday (4/16) with Tonstartssbandht, Laced and Nandas, and the next day they open the Baby's All Right (4/17) stop of the Coathangers / Audacity tour. Ex-Humans are on the Baby's show too, and tickets for that one are still available. All Weed dates are listed below.

For Laced, the Shea show will be their first-ever live gig. The brand new band features Beach Fossils singer Dustin Payseur, Nude Beach drummer Ryan Naideau (also of Warthog) and former Cairo booker/Couple Skate Records owner Ian Kim Judd. They're not to be confused with the UK band of the same name, who Shea's site actually links linked to in the show listing. No music from them yet, but stay tuned. (Also yes, this does mean you can see "Laced with Weed" at Shea this week.)

All dates are listed, with a stream of Weed's LP, below... 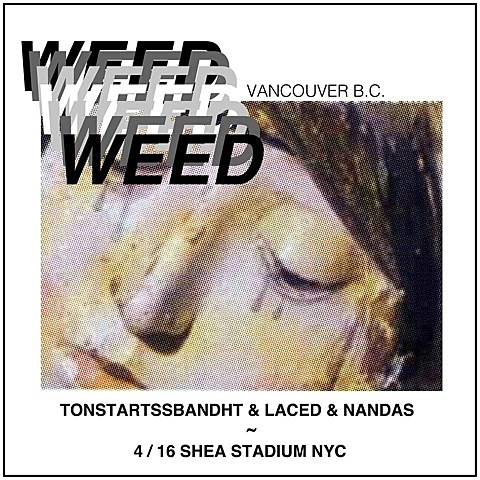