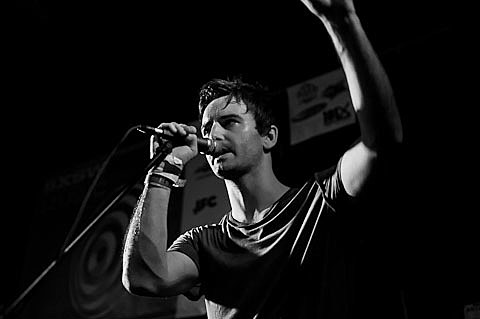 As mentioned, Weekend will release their second album, Jinx, on July 23 via Slumberland. Where their debut album, Sports, wormed its way into your head from sheer force, the new album has a much stronger focus on both melody and dynamics (and just a smidge of melodrama). You can also dance to it, in an '80s goth club kind of way. You can stream "Mirror" (which opens the album) below along with choice cuts from their first album and EP.

Weekend are playing tonight (4/26) at Bushwick spot Shea Stadium, where they promise, "New songs, same volume.' I.e. bring earplugs. The show also has the ever-present LODRO, plus Slander, and Napoleon. Advance tickets are available. On Tuesday (4/30), Weekend will play a show at Stony brook University with SDLK. The show, sponsored by campus radio station WUSB, is happening in a classroom that's been converted into a studio. The show is free and all ages (and will be broadcast live on the station) and more info is here.

The band will also open for Montreal's No Joy at Glasslands on May 16 and tickets are still available for that show. (No openers for No Joy's 5/15 show at Mercury Lounge.) 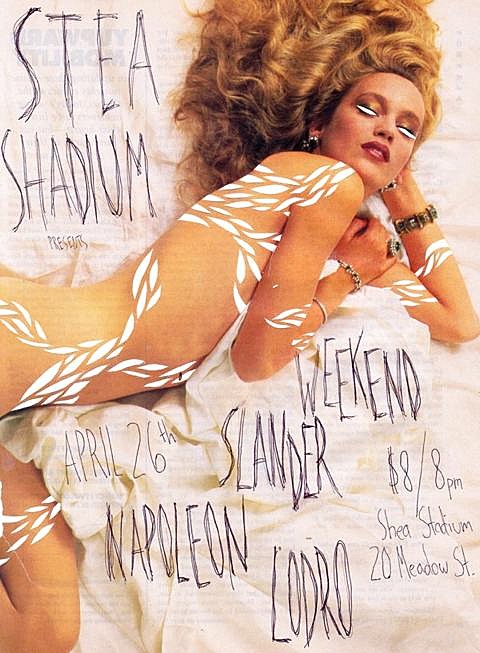