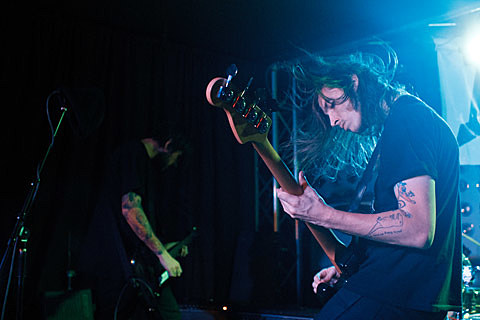 Weekend just wrapped up their tour with Chicago's Disappears, a tour that included stops in Philly (10/20) and NYC (10/22) with fellow dark-and-heavy noisemakers Nothing (who had just played a BV CMJ week party). Weekend and Nothing will be touring again in January, hitting East Coast and Midwest spots, kicking off with a NYC show at Bowery Ballroom on January 10. Tickets for that show go on sale Friday, November 8 at noon with an AmEx presale starting November 6 at noon.

Nothing, who played another NYC show at 285 Kent this week (10/29), also just announced an EP for their side project with Whirr members, Death of Lovers.

All tour dates are listed, along with a couple streams, below...