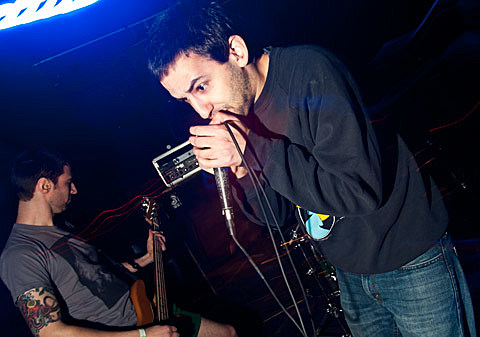 As we mentioned, Weekend Nachos are preparing to release a new LP, Still, via Relapse Records. The band has also announced a North American tour around the album's November 12 release, in addition to a smattering of other dates. The run involves two NYC-area dates: a matinee show at ABC No Rio and a night show at No Fun Club in Island Park, both on November 14.

All dates are listed, along with two streaming rippers from Still, below. Don't forget to check out the archived version of our interview with Weekend Nachos on Invisible Oranges' East Village Radio show, either.