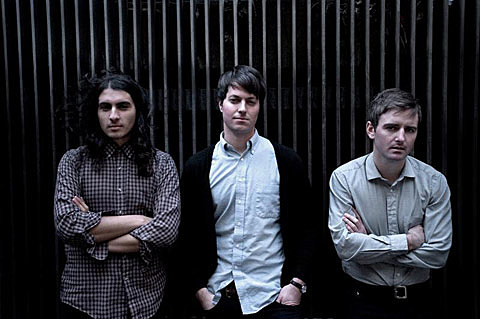 San Francisco's loud and awesome Weekend have been picked as openers for Wire's upcoming spring tour, which will hit the NYC area on April 5 at Music Hall of Williamsburg. Weekend won't be playing Wire's other NYC show --  Bowery Ballroom on April 6 -- where openers are Belgian rock band Madensuyu. Pretty inspired pairing, as Wire's arty minimalism is a pretty obvious influence on Weekend's sound. Weekend will also open for Wire next month for a tour of Europe and will also be at SXSW in March.

Weekend's debut album, Sports, made a few Best of 2010 lists (including this writer's at #16) and if you haven't heard it yet, check out "Coma Summer" at the top of this post. The band were great back in November when I saw them at Glasslands and it will be interesting to hear them through a super-pro system like MHoW's. Maybe they'll squeeze in a small club date while they're here? We shall see.

If you're looking for something new from Weekend check out the stream of the Water Borders remix of Sports track "Monday Morning/Monongah, WV" at the bottom of this post. 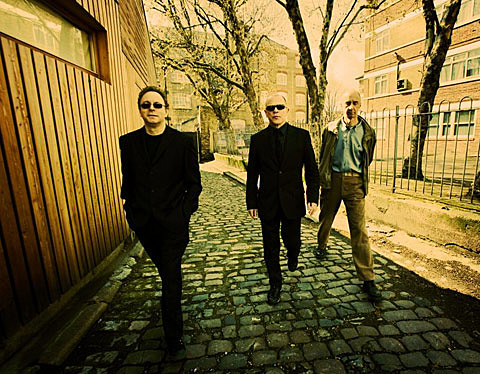 Meanwhile, Wire's new album, Red Barked Tree, came out last week and is pretty fantastic, easily the best record they've made since 1989's A Bell is A Cup Until it Is Struck. The band's Read & Burn series of EPs and 2008's Object 47 showed that the band -- now a trio after guitarist Bruce Gilbert's departure -- still had creative fire. But Red Barked Tree finds songwriters Colin Newman and ominously-voiced Graham Lewis in top form, sonically somewhere between the aggressive Chairs Missing and 154's more ethereal moments. (There's some Bell Is a Cup era Wire in there too.) To think that this comes from a band into its fourth decade is pretty amazing. Colin Newman talked about the new album in the February issue of MOJO:

It's not like, "We've got to get back to the '70s," it was more "What was the method that made those things work?" There was a period when songwriting was derided within the band. It became subsumed by other ideas. What made Wire different from everybody else in the '70s was the level of discipline, and the arrangements for the pieces on the record remained very close to the writing. Then the band thinking, "I'll do this on top of that," is quite magical. That's how you get "Practice Make Perfect," that's how you get "I Am the Fly." And that's how you get Red Barked Tree. That is Wire.

You can download "Two Minutes" (the track's length exactly) from Red Barked Tree at the top of this post. Live, Wire are now augmented by guitarist Matt Simms who some of you may know from the band It Hugs Back.

Wire were here last in October 2008 when they played Irving Plaza. Wire and Weekend part company after their 4/7 date in D.C. but Wire continue on to some West Coast shows after that. All Weekend and Wire dates are after the jump.